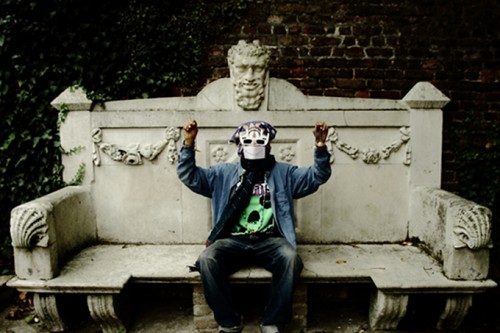 Young hip-hop mudlark Onoe Caponoe clearly has his gaze latched on the stars.

The West Londoner rose to attention with Central Control, the inaugural full-length on the fledgling Audio Doughnuts label. That record tripped from genuinely enchanting Quasimoto-grade weirdness to much more anodyne UK hip-hop fare, by way of The Mighty Boosh samples and loony skits.

Caponoe now has a new album forthcoming, Willows Midnight Gallery, that promises to be a darker and stranger beast than its predecessor. ‘mothershipdippin’, hosted over at Dazed, sets out Caponoe’s stall. A muffled set of astral soul, ‘mothershipdippin’ boasts some brilliantly woozy synth work. Sure, some of the signifiers aren’t exactly ultra-original – even the casual funk fan has been invited to “the mothership” a fair few times before – and Caponoe isn’t the world’s most natural vocalist, but he’s evidently got a well cultivated ear for the odd. Dreamy and delightful.

Head over to Dazed to listen.