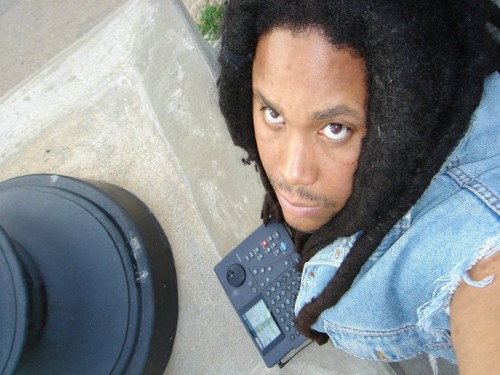 Jamal Moss, aka Hieroglyphic Being, tends to be defined in relation to the Chicago house music scene that shaped him.

But, for the cosmically-minded Moss, that’s only ever been part of the story. The prolific producer has turned his hand to a broad spectrum of sounds and idioms over his lengthy career, from arch synth experiments through to (relatively) more staid dancefloor fare.

You can listen to a selection of tracks, which lean firmly towards the former, below [via Dummy]. These ‘Imaginary Landscapes’ run the gamut from airy ambient (‘No 4’) and awkward pointillism (‘No 9’) to pulsing synth workouts (‘No 10) and scorched psych (‘No 6’), painting a picture of an artist governed by a restless taste for the strange and new.

The tracks are due for release through Music From Mathematics, a sub-label of Moss’ Mathematics imprint, soon. Like all of the releases on the sub-label, these sketches are presumably taken from Moss’ “Somuchnoise2beheard Soundbook”, a collection of over 1000 compositions made between 1996 and 2010, gathered and pressed in limited CDr runs. You can stream Imaginary Landscapes one to ten – with the intriguing omission of number seven – below.