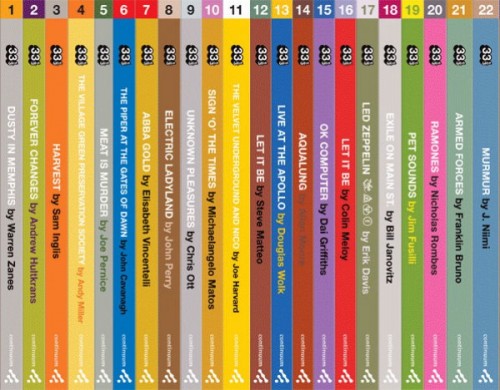 Bloomsbury Academic announces the next batch of their album-centric music books.

During 2013 and 2014, Bloomsbury will release another 18 books in the series, which already stands at 86 editions. As Spin reports, the new volumes are decidedly contemporary. Previously, only Kid A was of the new millenium.

Previously, we’ve found terrific entries like John Darnielle’s Master of Reality and Drew Daniel’s 20 Jazz Funk Greats to be outnumbered by less than stellar volumes, but overall, the concept is worthwhile.