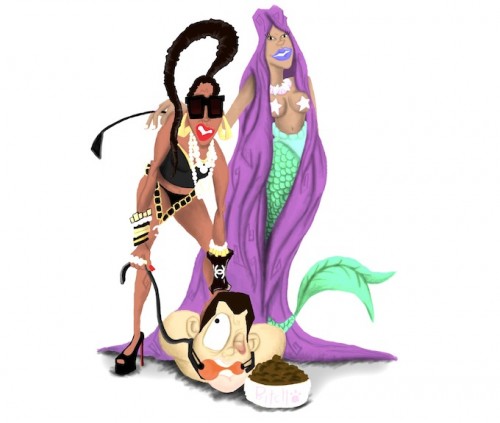 ‘Control It’ is another entry in the long list of odes to domination by female rappers, in the grand tradition of ‘Get Ur Freak On’ and ‘My Neck, My Back.’ Produced by Lz Beatz, the fist-pumping electro-rap appears on Shystie’s Gold Dust Vol. 2 mixtape; stream the track below.

Fans of self-assured female rappers only have to wait until September 21 for the East London MCs next release. Fans of Ms. Banks, however, will have to wait until next February for her next proper release. However, Azealia might have some high-profile collaborations coming down the pike.