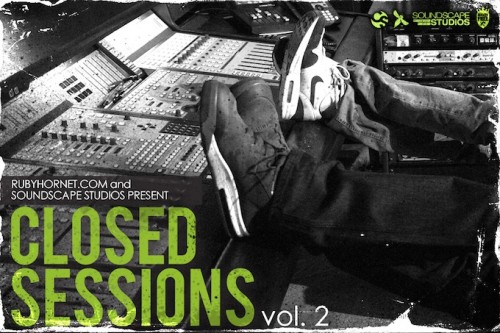 In the run up to the release of Closed Sessions Vol.2, the label has been releasing singles and behind-the-scenes featurettes, like for the previously-released ‘Keep It Politics’ by Raekwon. Now the full mixtape is available.

According to Ruby Hornet, the mixtape was recorded from May 2010 through January 2012. Featured performers include Raekwon, Action Bronson, Freddie Gibbs, and Mr. Muthafuckin’, along with a who’s-who of up and coming MCs; the full tracklist art is below. The official release party is tonight at Reggie’s Rock Club in Chicago.

Download the mixtape via Ruby Hornet, or stream it below. [via Pitchfork] 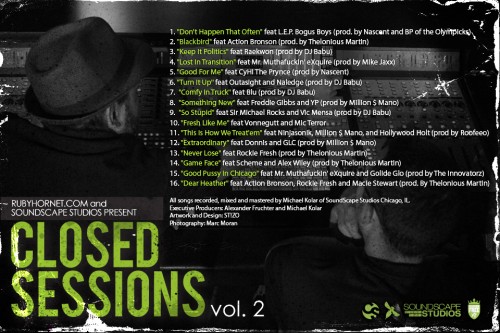