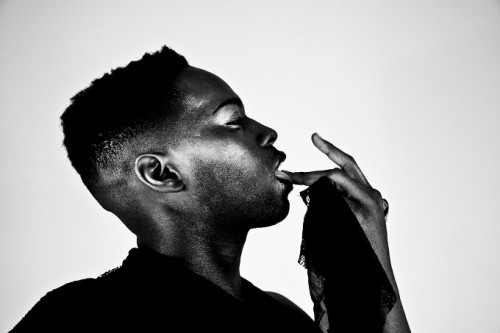 Katz’s sinister exercise in shade-throwing had one foot in the ballroom and the other in the mausoleum. The track’s terrifying video, meanwhile, burrowed its way into one’s head and steadfastly refused to leave. Hats off to Katz, then, for returning in style with another similarly undeniable clip.

‘W8WTF’, produced by Boyfriend, saw release back in March as the lead cut on the Winter Titty EP (backed by a sterling remix from Chicago’s ever-reliable Brenmar). The track is a blinder, marrying a sizzurp-thick instrumental with some fantastically bleary-eyed muttering from Katz.

The striking new clip shows Katz stalking around a hotel room in a full gimp ensemble, wrestling with a pair of jet-black handcuffs, and rocking a cap inscribed with the word ‘CUNT’. Partner in crime Njena Reddd Foxxx makes a cameo appearance, and Katz even finds time to recreate the front cover of our favourite album of last year. Totally hypnotic. [via The Guardian]