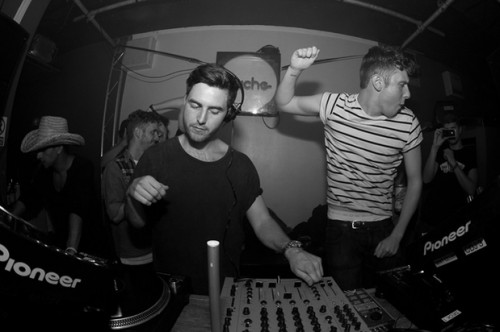 London-based, Belfast-raised duo Bicep first came to prominence for their taste: their blog, Feel My Bicep, has been for a long time a go-to source of the esoteric and the marvellous in house, techno, disco and beyond.

Their move into production began with 2010’s opulent synth chugger ‘Darwin’ on US label Throne Of Blood. Releases on the Finnish Traveller Records and Love Fever followed, with a single on Will Saul’s Aus imprint this year confirming the pair’s status as producers du jour.

The duo have now announced a return to the Feel My Bicep name, this time in the form of a label. The imprint will be vinyl only, with the possibility of digital releases in the future, and will kick off with a three-track Bicep EP apparently “deeply inspired by [the duo’s] love of the early US house scene but with a modern twist”.

You can watch a trailer for the label’s launch, featuring music from its inaugural release, below. Vision Of Love is due for release on September 24.