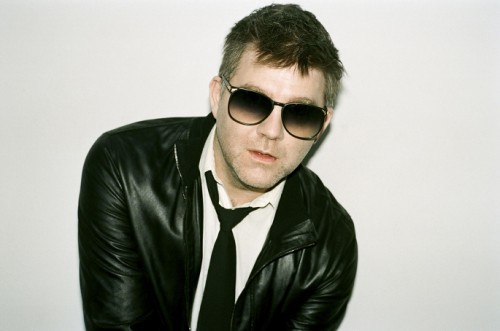 We don’t think we’re sticking our heads too far above the parapet in saying that Corsica Studios is one of London’s finest clubs.

The archway space in an unassuming corner of Elephant & Castle has everything you’d want from a small club: no-frills decor, a couple of dancefloors and two of the most chest-crushing rigs anywhere in the capital.

Fortunately, its owners and punters also have impeccable and wide-ranging taste, meaning the venue has been a go-to spot for everything from dubstep in its germinal stages to the finest in international house and techno over the past few years.

This year, the club celebrates a decade in the game – no mean feat for a music venue in these troubled times – and will do so with a series of 10 events that “reflect and define the ethos of the space”.

The series will kick off in sunny style on September 1, with a Future Disco session featuring LCD Soundsystem’s James Murphy, Hot Chip and sister outfit The Two Bears, and DFA’s Juan Mclean.

The DFA link will carry through to September 8 with an appearance from analogue synth maven Gavin Russom as part of The Kosmische Club; joining him will be the legendary Hans Joachin Roedelius of Cluster, UK institution Andrew Weatherall and Soul Jazz-affiliated duo Rocketnnumbernine.

On September 21, young guns Church will present Detroit veteran Marcellus Pittmann alongside the UK new-school triumvirate of Koreless, Midland and Pariah. Meanwhile, Tief will celebrate their first birthday on September 28 with a delectable house selection including Omar-S, Portable, Bicep and Hunee.

Two weekends in October will see the return of Double Trouble Vision, a two-pronged assault from the club’s in-house team in celebration of their fourth birthday. Part one, on October 12, looks set to be a characteristically rowdy affair with dub aristocrat David Rodigan topping a bill including UKG vet Zed Bias, Fourth Wave oddball Gerry Read, Trevino and more; on October 20, meanwhile, the promoters will showcase their housier tastes with the legendary Lil Louis, Ostgut Ton boss Nick Hoppner and Session Victim.

October 13 will see the second installment of Blackest Ever Black’s annual party, with a soul-shrivelling selection of the dank and dystopic including Source Direct, Bruce Gilbert of Wire, Vatican Shadow, Slimzee and many more. On October 27, meanwhile, Low Life will host Norway’s DJ Strangefruit and Legendary Children.

Finally, Plex, Colony and Machine will co-host a positively gobsmacking selection of bleeding-edge techno including Ancient Methods, Livity Sound, Untold, 2562 and many more.

In addition, the Red Bull Music Academy will present a programme of sound installations, lectures and performances curated by sound art veteran Francisco Lopez – further details yet to be announced.

Further information and tickets for all nights can be found on the Corsica Studios site. You can watch a brief teaser video for the series below.