Lupe Fiasco reveals tracklist and artwork for new album; suffocates under weight of own ego 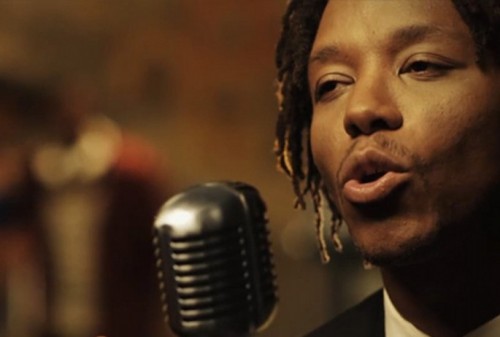 The run-up to Lupe Fiasco’s fifth album has seen the Chicago rapper splitting opinion as decisively as ever.

Back in June we were treated to the painfully self-righteous ‘B*tch Bad’, an impassioned critique of misogyny in hip-hop which managed to be both agonisingly naive and, at points, amusingly self-aware.

Needless to say the track wasn’t too well received, and Fiasco went on to lash out at his critics, calling for a boycott of Spin magazine over Brandon Soderberg’s scathing review.

We’ve now been enlightened as to the tracklist for the hubristically titled Food and Liquor 2: Great American Rap Album Pt. 1 – which you can see below – and its artwork [via Allhiphop]. It looks like Fiasco’s rocketed off the top of the self-importance scale with this one: not only has Fiasco described one track on the album – ‘Form Follow Function’ – as being close to touching “the bottom of rapper’s heaven”, but the album’s cover is pitch black, with no text apart from the mandatory “parental advisory” notice. We can’t help but wonder if our man was inspired by a certain heavy metal band.

Food and Liquor 2: Great American Rap Album Pt. 1 is due out on September 25.