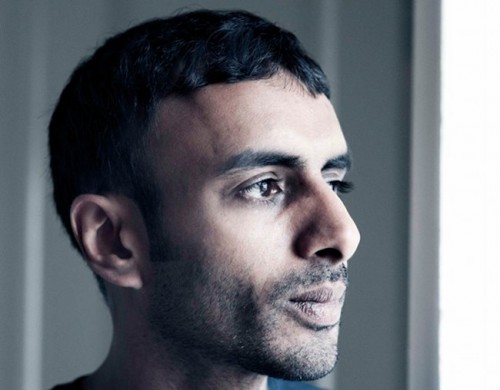 Geiom, purveyor of some of the strangest club fare around, has a new EP on the way.

Boss of the (ostensibly defunct) Berkane Sol imprint, Geiom earned his place in any good history of late Noughties dance music with his squirming, syncopated variations on dubstep and techno. He stirred back into action in Febraury with a series of gleaming new instrumentals on his Soundcloud. April, meanwhile, saw the release of the jittery ‘Melting Reels’ single for long-time associates Frijsfo Beats (also home to Sully and Point B).

Geiom now has a boxfresh three-track on the way for Frijsfo, intended as a precursor to a full-length proper later in the year. The Yllw Grn EP will arrive next week, and is available to sample below. First track ‘Marshall Syahi’ is a strobing piece of disordered acid techno; his take on label mate Martin Kemp’s ‘Terr’, meanwhile, is a wonderfully dense and twitchy affair. The title track, however, goes hardest: over a mutant breakbeat, Geiom unleashes a squall of squelches and Quasar SFX.

Geiom, it should be noted, hasn’t released a new album since 2007’s Island Noise, so it’s good to hear he’s got his nose firmly planted on the grindstone. You can listen to Geiom’s FACT mix from way back when here.