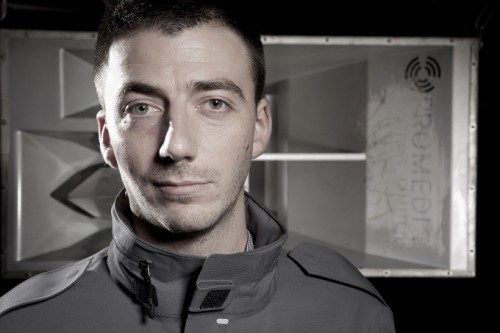 Untold, aka Hemlock boss Jack Dunning, has spent the last few months wrongfooting us with his sterling Change In A Dynamic Environment series.

Dunning’s inventive triptych has been full of curious moves and unexpected swerves, and Part Three is the most foxing of the bunch. Motorik grooves, post-punk jags, dolorous atmospherics…the two-track EP shows Dunning at his most fearsome/fearless. A new video has been produced for kohl-eyed B-side ‘Overdrive’, and it offers an intriguing visual spin on the piece.

In spite of ‘Overdrive”s snarl, Iain Acton’s clip (hosted at Mixmag) is actually a pretty cutesy affair. Dinky stickmen dance, and primitive multicoloured idents (a test-tube; a school bell; an abacus; a lightbulb) drift about. The connection between form and content is somewhat oblique, but, then again, Dunning has never been one to show his workings.

Change in a Dynamic Environment Pt. 3 is due for release on Hemlock on August 13. Head here to stream both tracks in full.