How To Dress Well on mourning, spiritual growth and the importance of confronting Total Loss 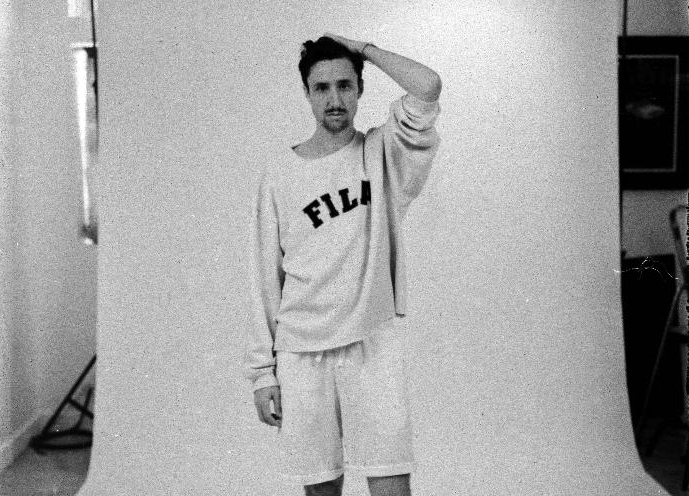 How To Dress Well returns this month with a new album, Total Loss.

It’s the follow-up to 2010’s exquisitely desolate Love Remains, which reimagined R&B as gothic balladry and struck a chord with a certain kind of blighted bedroom romantic when reissued by Tri Angle early last year. As you might have gathered from its title, Total Loss explores similarly personal, potentially tear-jerking terrain, but as FACT’s Jon Colley learned when he spoke to HTDW – real name Tom Krell – last week, ultimately it’s a record about redemption and emotional growth, one more interested in the dynamism of mourning than in the inertia of depression.

Now signed to Domino sub-label Weird World (Peaking Lights, Washed Out), the more expansive and hopeful vision of Total Loss looks set to win Krell an audience beyond his core following. “There’s no simple solace in loss,” he tells FACT. “But there is the possibility of spiritual growth, and from this growth one can find a very, very special solace…” 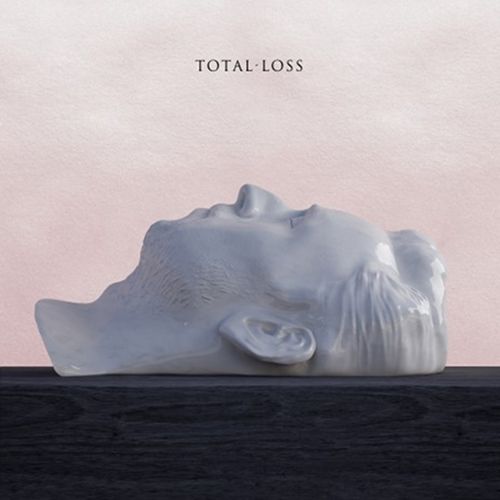 What can people expect from Total Loss? Are you excited to be putting it out there?

“I am really excited. I’m super, super proud of the record, and can’t wait for you to hear it. Expect more strength. Love Remains wallowed in melancholy and, though Total Loss is decorated with sadness, it’s more about working through it rather than letting pain take control of you. Like, it’s a record about mourning.

“Sonically, Total Loss is a different sound from me, especially in terms of the recording of the voice, my voice. It’s more front and centre, though it is produced in different ways on different songs, causing different emotional effects. In terms of the arrangements, excpect a lot of different sounds: on one song there’ll be Basinksi-esque wintry ambient vibes, on another there’s a Reich-influenced piano loop; another song is like a Kate Bush-inspired duet I sing with myself that was influenced melodically by ‘Purple Rain’, and then there’s like heavy Babyface, Velvet Rope Janet and Maxwell vibes as well as Michael Nyman-feeling string arrangements.

“Thematically: like I said, the album is about mourning – as opposed to deadlocked melancholia, as opposed to unmetabolizable pain. Whereas, Love Remains was a sonic presentation of melancholy, of suffocating under it and wallowing in it, the voice rarely more than a muffled plea, Total Loss is for me the presentation of overcoming melancholy and living with loss and orienting oneself through loss – not away from or against it – in the direction of hope and future. Like, coming to grips with loss – mourning is the name for this living with loss, for sustaining loss without drowning in it, and gleaning the spiritual energy from this process to forge new commitments, new loves. You know?”

“Mourning is the name for this living with loss, for sustaining loss without drowning in it, and gleaning the spiritual energy from this process to forge new commitments, new loves. You know?”

So it’s not quite as lovelorn and bereft as its title suggests? There’s some solace to be found in total loss?

“I mean, it is lovelorn and bereft, but as I said, it’s also about working through and gleaning spiritual energy and orientation from loss. It’s about the extreme creative energy that can come from total loss. There’s no simple solace in loss, but there is the possibility of spiritual growth, and from this growth one can find a very, very special solace.

“I mean, I wanted the record to show not just sadness and depression like on Love Remains: that record sounds noisy and suffocating and self-enclosed in the way it does because I was trying to present the feeling of melancholy sonically. With Total Loss, I wanted to present not just melancholy, but mourning: so I needed to develop a sound that had these grinding sad moments side by side with, like, ‘head above water’ moments, moments of clarity. So, yeah, mourning is a more dynamic affective situation that melancholy. Total Loss needed that dynamism.

“It’s about developing a balance of form and content, which I strive for in all my work. I mean, it’s definitely a bit more hopeful than the first album, I’d say. But yeah, continuing the project of mourning loss is a thread between Just Once and Total Loss.  There’s even some string arrangements that run that thread to. But above all, the new record is about developing a non-melancholic relationship with loss: facing total loss as an unassailable feature of human life, and finding hopefulness on the other side of loss, through loss; not denying loss.”

Was it a difficult album to make? Or did it slip out nice and easy….?

“I mean, it came out of a hard time for me…I mean, the album is sort of my attempt to sketch out all the affects that came to fill my heart – sadness, utterly depraved loneliness, confusion, wistfulness, desire for lives lost along the way, but also even something like joy and solace – in the last couple of years. The loss of my best friend – two years ago today, as I write this – hasn’t left my mind and plays a major part in the album. I don’t believe I’ll find closure, per sé, because I’m not looking to forget about him –  but I do hope to find some sort of therapy in the songs I’ve written about him.

“I also lost an uncle who was very important to me very suddenly this year, and this ravaged my whole family. So much sadness. But, yeah, I’m looking to find a way to sustain loss, to hold those who have gone before us in my mind, to hold my lost loves in my heart, to grow in my life rather than just move from moment to moment. My friends and family have also influenced the album, as well as certain affects pertaining to distance and disconnection – when I started writing the record, right after Ryan and my uncle passed, I entered into a long distance relationship, which was totally spiritually rending. So that’s the background, which was hard.

“But the songwriting itself felt super lovely and joyous. I spent so much time with these songs, recording in Chicago, Nashville, New York, London, everywhere I was over the past year and a half. It was difficult to make because it’s an attempt to trace affect sonically, just as Love Remains was. But that’s not to say that it was a technical struggle. Emotional openness is super hard, for me at least, and is something I really have to strive to practice, but the whole process was very organic.”

“I try to take my whole life seriously as a work of self-care and self-creation. And this is how I think of songs too, something which I need to create and care for.”

Where was it recorded? Any guests, helpers or collaborators to speak of?

“It was recorded in two phases: both at home in Chicago where I’ve been based for two years and on the road in Nashville and New York…Then, secondly, I also worked for a few months in London with Rodaidh McDonald at the XL studio. Matthew Barnes of Forest Swords and Ezekiel Honig contributed sounds to a couple songs. I also sample a guy named James Nyte on a track and, though his music may come across as strange or goofy it really hit me when I heard it – I find it to be devastatingly emotional and evidence of like a truly raging, deeply inquiring spirit. ‘Talking To You’ might be my favorite track on the
album –  it’s kind of a centerpiece in my mind.”

You’ve signed to Weird World. Happy with your new home?

“I mean, it’s a total blessing. Everyone there is so supportive, so keen to see me succeed, but they want me to succeed doing me, you know? there’s no pressure, just love. It came about because Jack who runs Weird World was one of the guys who did Transparent, who put out a 7” of mine a long while back. And he loves Total Loss and did everything to get it on his label. Beautiful boy. Such a dream.” 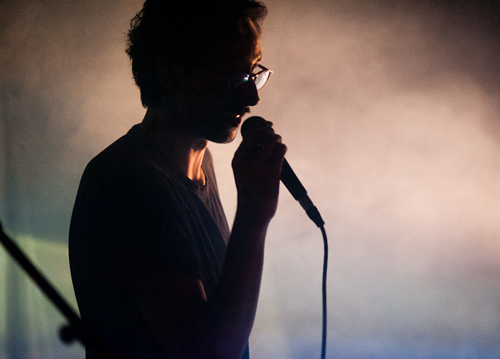 How has being an artist impacted upon your life? Do you feel like your art is a reflection of your life, or a distortion, or…?

“I really try to take my whole life seriously as a work of self-care and self-creation. And this is how I think of songs too, something which I need to create and care for. If anything, How To Dress Well has helped me become more sensitive, sweet, and open, less reactionary and less cynical every day. For me, the emotional content comes from my life, from my experiences, but also from my experiences of other people’s lives, the cinema, art in general – anything with an intense and special affective charge can be the source of a song for me. I just strive to sketch with some clarity certain affects in which we all take part: melancholy, wistfulness, hopefulness, mourning.”

What are you looking forward to in the remainder of 2012?

“So much! The full release of Total Loss, making music videos, touring the world. I can’t wait for people to come to my shows and engulf themselves in the experience. Just moving forward and taking care, paying attention – every day!”