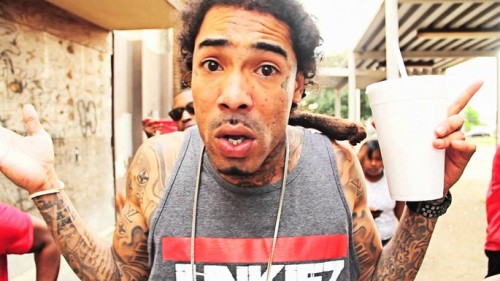 Earlier this year, Rick Ross promised that we were “gonna see a lot more” of new Def Jam signing Gunplay.

He’s not wrong: the Miami native (and one-time Triple C member) has already made a song-stealing appearance on A$AP Mob’s Lords Never Worry tape, and tomorrow will see the release of new mixtape 601 And Snort. Gunplay’s best 2012 release, the tub-thumping Bogota Rich, was nothing if not bracing, so new track ‘Nann Nigga’ is something of a surprise.

The track is a reverent update of Trick Daddy’s 1998 minor hit ‘Nann Nigga’, perhaps best remembered for introducing ruffneck female MC Trina to the world at large. Rather cannily, Gunplay gets Trina back for a second crack at the whip, and she proves a suitably tough-talking foil. DJ Sam Sneak and Tip Drill also make appearances, but, as ever, this is Gunplay’s show – his red-raw caterwaul doesn’t so much grab the attention as throttle it and tie it to a chair.  [via Complex]

Click here to download the track. For those who enjoy playing Spot The Difference, Trick Daddy’s original is included below.