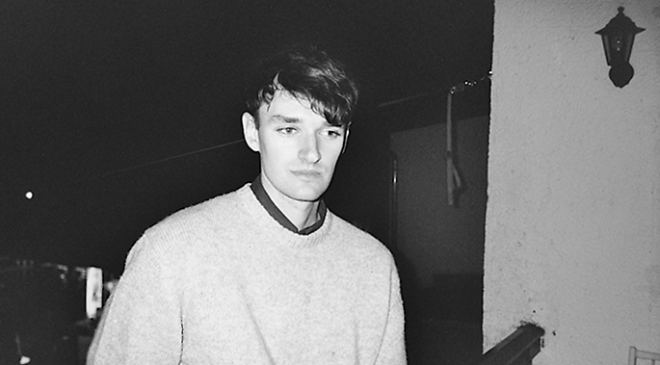 Released in 2010, John Roberts’ Glass Eights still hangs over the European house landscape like the echo of a distant bell – this, despite the fact that Roberts himself is American.

A delicate, longing record, it found a perfect home on Dial, the record label where Lawrence and Pantha du Prince perfected a form of romantic, chiming techno in the mid-2000s, and cemented Roberts’ status as one of house and techno’s most promising young talents. This Summer Roberts followed up Glass Eights with a new EP, Paper Frames, and with the Ohio-born artist soon to touch down in London for Dial’s showcase at Broken & Uneven’s The Hydra (sets also come from Efdemin, Lawrence and more), FACT thought it as good a time as ever for a catch up.

Hello John. How are you? What have you been up to?

“Hello, hello. I’m doing really well, thank you. I just arrived in Paris after spending the last few weeks in Japan. I played at the Dommune Festival there on the outskirts of Tokyo which was really enjoyable and spent a few days exploring the city. I also visited Kyoto, Takayama, and a monastery in Koyasan for the first time. It was such an amazing trip.”

Is there a full-length follow-up to Glass Eights in the works? Can you tell us anything about it?

“There is, yes. I have been spending a lot of time thinking about it over the last year and formulating partial ideas to use for the final compositions. I think it will be more interesting to listen to eventually if I don’t try to articulate my thoughts behind it.”

Anything outside of music been informing your work of late? Any life-changing events, personal reckonings or cultural discoveries that have been particularly important to you recently?

“I think that traveling has been the greatest thing to inform my ways of thinking as of late. After the release of my first album I was fortunate enough to play music in so many places that I hadn’t been to before and many that I thought I might never have a chance to see. I’ve also been visiting a lot of new cities and hotels lately for a magazine that I started a year ago with my friend Paul Kominek  [Pawel, also from Dial Records] called The Travel Almanac.

“In regard to life-changing events – last week before flying out of Tokyo a friend of mine took my girlfriend and I to a street festival of traditional music and dancing. We were able to walk through part of the procession and be surrounded by this amazing chanting and drumming. It was really an unbelievable experience that felt more like a hallucination.”

“I’ve mostly been listening to the radio lately. I like to listen to this classical station WQXR in the mornings, and then Hot 97 for rap/r’n’b in the afternoon for about 30 minutes before it becomes really grating and repetitive.”

The tracks on Paper Frames – do you consider this a standalone work, or did it originate in the Glass Eights sessions/mentality, or is it a sign of what’s to come in the future?

“For me that EP was a platform to experiment with new ideas and hopefully move forward from where I left off with Glass Eights. I sort of trapped myself psychologically for a long period of time after the release of that album wondering what to make before eventually realizing that it was most important not to force anything and to wait until I had some new experiences and ideas to work with. I guess it is a very partial sign of what’s to come in the future. It would be nice if every record was related to the one before it in some way or another.”

Are you comfortable with your recording/production set-up now – i.e. is it something you’re continually looking to expand/evolve, or is it a case of having worked out the tools and equipment that work best for you and producing within their limitations?

“I am comfortable with my own methods of working now, but I still like to add and subtract instruments as I come across them. When I first started making music I spent a lot of time wishing I had certain pieces of equipment or thinking that I wasn’t able to create certain sounds without them which was really stifling. Now I feel much more content with a limited palette. Lately, I’ve been recording a lot of ideas on a 4-track cassette recorder and working with the MPC 2000. I really love the limitations of those machines at the moment.”

What music by other artists have you been enjoying recently, be it old or new?

“I’ve mostly been listening to the radio lately. I like to listen to this classical station WQXR in the mornings, and then Hot 97 for rap/r’n’b in the afternoon for about 30 minutes before it becomes really grating and repetitive.”

What else are you looking forward to in the remainder of 2012?

“I’m going to be spending the next couple of months in Europe playing shows and finishing the fourth issue of The Travel Almanac which will be released in October. Afterwards, I’m going back to New York for the winter to finish my next album which should be available in the first quarter of next year.”