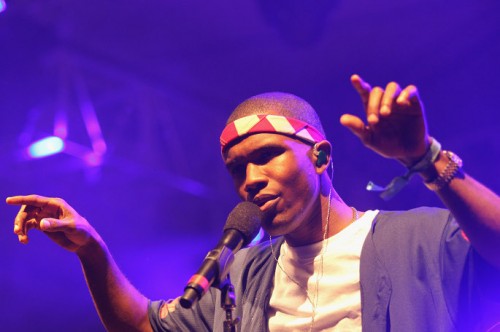 If you recall, Frank Ocean caused quite the stir this year with his bold, intensely personal remarks about his sexuality.

Stevie Wonder – currently preparing to headline Bestival this Sunday – gave an interview to The Guardian earlier this week in which he appeared to belittle Ocean’s admissions about his sexuality. Asked about the fallout from Ocean’s statement, Wonder said: “I think honestly, some people who think they’re gay, they’re confused. People can misconstrue closeness for love. People can feel connected, they bond”.

Wonder has now issued a statement of his own, clarifying his remarks and apologising for any offence caused. The singer’s words are pretty categorical: “I’m sorry that my words about anyone feeling confused about their love were misunderstood. No one has been a greater advocate for the power of love in this world than I; both in my life and in my music. Clearly, love is love, between a man and a woman, a woman and a man, a woman and a woman and a man and a man. What I’m not confused about is the world needing much more love, no hate, no prejudice, no bigotry and more unity, peace and understanding. Period.” [via NME]

In the Guardian interview, Wonder also describes meeting Ocean and singing Watch The Throne cut ‘No Church In The Wild’ back to him; you can listen to the original below.