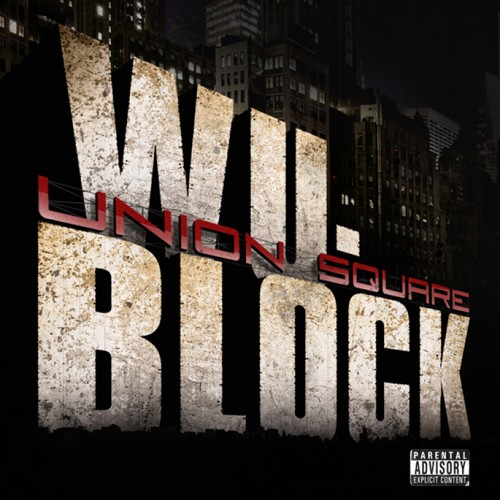 Meet Wu-Block – the holy union of the Wu-Tang Clan and D-Block.

Helmed by Sheek Louch, NY collective D-Block are a spin-off from seminal hip-hop imprint Ruff Ryders, still best known for their association with The LOX. The Wu-Tang Clan, meanwhile, are a plucky gathering of New York rappers and…look, you know who the Wu-Tang Clan are.

Both crews are now set to collaborate on a new LP, also titled Wu-Block. The record promises verses from the cream of the Clan’s A-list: Method Man, Raekwon, Ghostface Killah and GZA are all slated to appear. All of the The LOX (Jadakiss, Styles P and Sheek Louch) will also be cropping up, as will Masta Killah.

‘Union Square’ is the throbbing first cut from the record, and it’s a likeable enough example of inter-crew synergy. Ghostface Killah’s verse is a fairly sedate affair, albeit one enlivened by an endearingly ropey Slick Rick impression. Sheek Louch, meanwhile, stretches his NY twang to the limit. It’s not a vintage effort by any means, but, given the dubious quality of a lot these sort-of-Wu projects (see last year’s lukewarm Legendary Weapons) a Pyrrhic victory is probably enough.

Ghostface has cooked up his own miniature press release for the track, which makes for entertaining reading:  “This is a unique album combination like carnation milk with oatmeal. And a dash of cinammon. We got killing on lock. It’s like assisination day – nothing but darts being thrown. It’s like Batman and Robin shit.” [via The Quietus]

Wu Block will drop on October 8 via Modular. The record will be available directly through eOne Music.