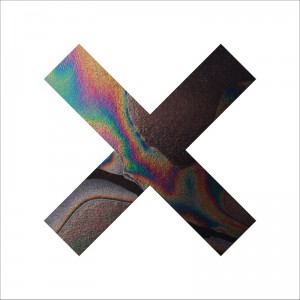 If 2012 has taught us anything, it’s that, sometimes, reinvention is best left to David Bowie. Between Odd Future’s r’n’b-driven latest mixtape, Liars’ electronic WIXIW and Animal Collective’s ‘garage-rock-inspired’ Centipede Hz, it’s been a year of disappointing new directions. So when, in the months leading up to the release of Coexist, the xx’s Tumblr page filled with links to brass-happy soul songs, pop-reggae and folk-ambient, you could only but fear the worst. It was disconcerting to imagine the trio gearing up to pollute a sound so complete, so perfect in its simplicity, with involved arrangements and secondary genres.

Of course, the last thing music needs right now is an argument in favour of playing it safe. But there’s something to be said for sticking to what you know, if, as in the xx’s case, you created a sound so of its own salt that to discard it after only one album would be wasteful. Cynics point to the debt that the xx’s debut owed to Young Marble Giants. But the group’s debut album, xx, stood wide apart from proto-twee bass balladry. The transitions moved like Burial-esque drops, the negative space was a pointed device, and the stillness evocative of urban pressure, as opposed to sulky alienation. It was sensuous and tactile, not to mention supple. YMGs, meanwhile, were frigid, cold and rigid. And unlike Colossal Youth, xx was an attempt at pop professionalism. Put simply, it was something new: indie music fed through the spirit of a 21st musical language – dubstep. So given that you can count on one hand the number of young bands who have, in the last decade, stumbled across a new sound, why then shouldn’t the trio continue to mine that sound’s potential? Neither spectacular or deflating, Coexist is simply the sound of the xx, more or less just as we left it: minimalist, intuitive, romantic and enchanting. Consequently it’s a good album, for exactly the same qualities that made their debut likewise.

Kicking off with lead single ‘Angels’, it’s always a thrill to eavesdrop on the trio as they go about putting guitar music to dubstep tropes, with snare and sonorous beats emerging from the interstices of cherubic slowcore in a way that remains unique in music. That said, with its quasi-Beach House feel and sparing use of FX this is essentially a guitar track, hinting at a new, straightforward indie direction to come. Thankfully, that isn’t the case.

For the most part, everything is as it should be, from the furtive pillow talk to the oppressive emptiness, to Romy’s signature guitar sound, falling on off-centre notes that guide the songs askew of saccharine. The scenario again concerns tantalised people, almost touching, co-existing but asunder – conveyed first and foremost through the vox interplay. Undoubtedly the most complex part of the songs, Sim and Madley-Croft stop short of ever addressing each another. Nevertheless they intertwine, converse glancingly, and talk of ‘biding time’ and guarded pleasures. Meanwhile. ‘Fiction’ and several other tracks harken back to xx‘s ‘Fantasy’ and the lover-as-apparition idea. “It felt like you really knew me,” sings Sim on ‘Sunset’, “now it’s like you see through me”, while on ‘Try’ Romy confides: “I wont’ believe it, till I can feel it”. It’s a great conceit – the emotionally elusive lover as the ghost who you can never embrace: this entity, whose presence in your life is faint, who is distant to you but close to the hereafter, not wholly of this world. The suggestion is that, after waiting so long for love, he or she seems simply too good to be true, in the literal sense. Those nameless lovers quickly become make-believe, vanished come the morning: “..mistaken for a vision, something of my own volition” sings Sim, really coming into his own on Coexist in an almost grandstanding fashion.

Nowhere here is the conflation of urban and indie music more stark than on ‘Try’, with portomento synths and rumble-bass (think ‘Drop It Like Its Hot’) passing under tremolo guitar. Almost as novel is the muted house beat that drives ‘Swept Away’ and ‘Sunset’, working to add a measure of tension to proceedings. In ‘Swept Away”s case, a metallic off-beat affords an industrial tang. While, in the context of ‘Sunset”s “story arc” – roughly speaking the couple’s final farewell – the beat serves to denote the passing of time. Typical of the trio’s impeccable judgement, however, the tempos are kept slow so as not to evoke a scene of dance-floor revelry. Reverb-drenched on ‘Reunion’, the house beat functions as a formidable backdrop to widescreen sorrow, while ‘Tides’ is less teutonic and marginally more danceable, rolling on a funk bass-line, a disco beat and palm mute guitar.

After half an album of reserve, the pivotal ‘Missing’ erupts with unfettered emotion. Dead silence primes a guitar peal that should meet with the cheap seats as a siren. A quietly epic moment, Sim yodels “My heart is beating,” as if it’s his last attempt to really communicate before the relationship goes beyond repair. From here on in, the album’s narrative charts their drawn out separation. “Oh, let it unfold” sings Romy. Listen closely and you’ll notice that the lyrics are from thereon rendered in the past tense. The pair are now remembering.

Next to xx, Coexist is a far more meditative album. Tight, brisk pop songs like ‘Crystallised’ are absent, as is the nuancing interplay between Sim’s bass and the guitar; itself a tool for atmospherics rather than lead-lines. The result is a more limited emotional range, while the languor seems ever so slightly inert without the immediacy that light dynamics once afforded, on limber guitar’n’b tunes like ‘Islands’. In fact, there’s almost a sense at times that the house beats were added in reaction to Sim and Croft’s marginally less imaginative songwriting. However, if the songs do feel occasionally same-y, Jamie Smith elevates almost every track with skilled, elegant and measured production; a performance that should convert a few of his many detractors. Largely usurping Sim’s bass at the low end, he uses live instrumentation – timpani, snare, strings and steel drums – to draw the listener into a physical space. And after two albums, that space is beginning to feel like a home from home.