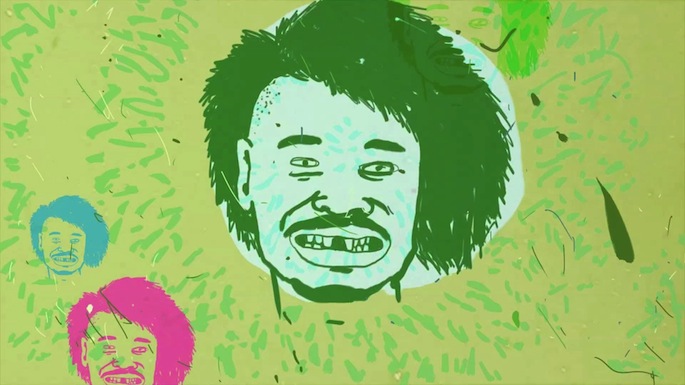 Is there a better visualization of Danny Brown than a cartoon?

Oddball talent Danny Brown partners with veteran producer House Shoes on ‘Sweet.’ When the song first premiered earlier this year, we noted that the “stuttering head-snap beat” was a good fit for a particularly “bellicose” Brown.

The track’s “playful streak and big-top jauntiness” comes across in the video, a scratchy animated clip that finds Danny Brown morphing into different cartoon characters. ‘Sweet’ appears on House Shoes’ The Time EP, which was followed by his first LP Let It Go in June. Watch the video below, via Pitchfork.