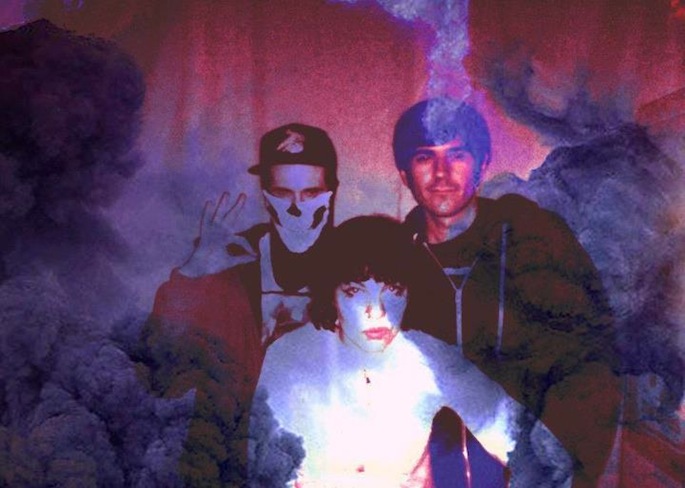 The Portland trio stir a cauldron of dubstep, chopped-and-screwed hip-hop, and general creepiness for their Mishka debut.

A couple of years ago, Bruxa would probably have been grouped in with the “witch house” trend, thanks to an occult aesthetic and their foreboding sensibilities. With ghastly, hip-hop influenced beats evolving past the witch house dirge, the trio’s dark dance explorations are suddenly in fashion.

Producers Derek Stilwell and SaintMichaelLorenzo bring hip-hop production experience to the project, with the half-Brazilian siren Bianca Radd as their muse. Victimeyez surges from the rougher edges of dubstep (‘V∆!’) to the ethereal side of the dirty South (‘Trill Witch’), as slowed raps mingle with Radd’s Portuguese incantations.

The trio released their debut EP Eye On Everybody last year on Sweating Tapes. Victimeyez is available for download today through Mishka Records (below), and a cassette release on Sweating Tapes will follow in October. Mishka has been on quite a run as of late, with similarly-sinister releases from Supreme Cuts & Haleek Maul, The-Drum, and Carrie Wilds.