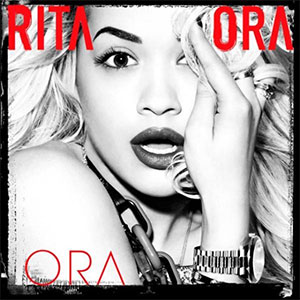 Who is Rita Ora? Not in terms of her biography or her collaborators or the tabloid gossip: anyone keeping half an eye on pop culture this year will have noted how ubiquitous the British singer of Kosovar Albanian heritage signed to Jay-Z’s label has suddenly become, very much in the manner of those pop acts who receive so much “industry” “buzz” that they come to resemble marketing campaigns rather than individual artists in their own right. But what makes her a distinctive presence on record beyond her undeniably big voice?

It’s a common misconception that pop stars are identikit, interchangeable pretty faces – particularly so in this era of personality-driven pop, when matters tend to go to the other extreme – but every so often one comes along who fulfils that stereotype. On the evidence of her debut album, Ora is one of these. Little here dispels the suspicion that she’s little more than Roc Nation’s spare Rihanna part (kept around in case of the original malfunctioning through overwork, one presumes). The same writers and producers pop up – The-Dream, Ester Dean, will.i.am, Stargate, Chase & Status – and in every case deliver a B-rate version of a song they’ve already delivered to someone else. Ora attempts to cop the second-hand swag of every big name she can think of, from Rihanna’s sneer on ‘Roc The Life’ to Lady Gaga’s machinic hedonism on ‘Radioactive’, but ends up performing every track in exactly the same way regardless of subject matter. On the main album’s token ballad, ‘Hello, Hi, Goodbye’, Ora manages to invest even less personality into the song than in The-Dream’s half-assed demo version that’s already been floating around the internet for over a year.

Tellingly, Ora has shone on a couple of house and garage remixes this year – Seamus Haji’s imperious take on ‘RIP’, her best original, and Zed Bias’s refix of ‘Hot Right Now’, in which her anonymity becomes a strength, if not the entire point. As a pop star, she lacks any sort of purpose: Ora fails to leave any impression beyond its own blustering loudness.