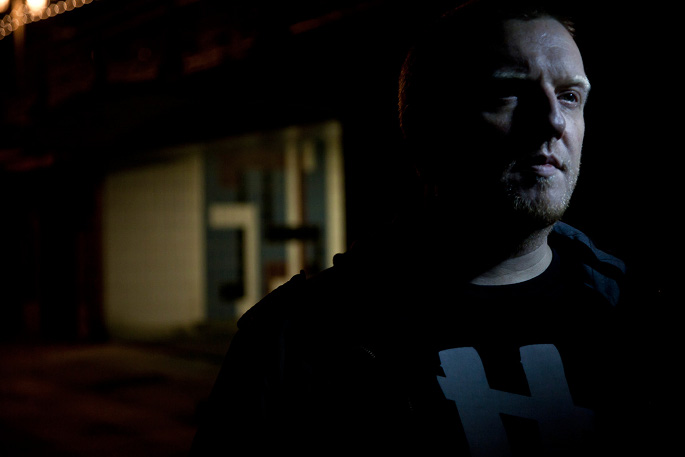 Let’s be frank: If you’re reading FACT, the likelihood is you’re already au fait with the work of Dave Jones.

Back in the late 1990s, Jones was one of the most restlessly inventive producers in the game: his productions as Zed Bias and Maddslinky pushed the boundaries of garage and broken beat alike. A resurgence in interest and activity in the late Noughties has cemented his reputation as one of contemporary dance music’s most important elder statesmen.

In any given year, Jones has a fair few (dub)plates spinning, and 2011/2012 is no exception. In the last twelve months, he’s released new album Biasonic Hotsauce – Birth of the Nanocloud on Tru Thoughts, clubbed up with Omar on a soulful 12″, and prepped tech-house heater ‘Compuphonic’, due this month on Julio Bashmore’s Broadwalk label.

Ever the grafter, Jones has announced a new 12″ release for Shy FX’s Digital Soundboy label. Burbling lead track ‘Heavy Water Riddim’ might ring a few bells, having memorably appeared on Digital Soundboy Soundsystem’s FABRICLIVE 63 mix earlier this year. The track arrives backed by new cut ‘Hurting Me’. FACT have an exclusive stream of the title track: as evidenced below, it’s a hypnotic affair, oscillating between broken-beat and a lumbering dubstep shuffle.

Back in 2010, Jones sat down for a lengthy, career-spanning interview with Joe Muggs for FACT; you can read the resulting piece here.