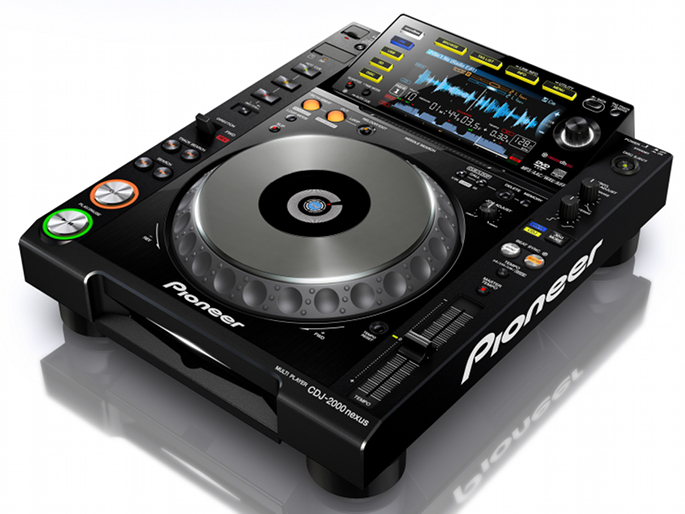 Pioneer’s CDJ-2000 is, commercially at least, the undisputed master of the CD deck market.

Juno Plus report that Pioneer have readied a souped-up version of the hardware. The CDJ-2000nexus has a number of substantial upgrades, most notably an augmented version of the machine’s recordbox software.

The CDJ-2000nexus will enable users to automatically sync cued tracks to the master deck, further eliminating the need to manually beat-match on the fly. Said improvement, in Pioneer’s words, enables a “new realm of possibilities”, and brings the experience of CD mixing in line with laptop software. Users will now also be able to track what key their selected tracks are in, and will be able to analyse recordbox functions  (i.e. Wave Zoom and Wave Display) on the display screen.

Cutting and looping is also much more advanced on the new model. The Active Loop function allows users to build live edits, which can subsequently be looped and triggered using the Slip Mode option. The console’s quantising capabilities have been further refined: loops can now be triggered in time with the music, and users can toggle between free or quantised playback. The Master Tempo function, which allows tracks to be sped up or slowed down without any alterations to pitch, has also been finessed.

The new model will arrive later this month, priced around the £1600 mark. You can watch Laidback Luke giving the new model a spin below.