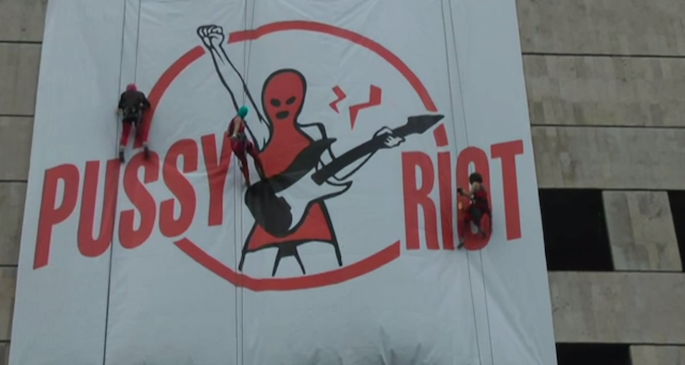 The punk collective continue to agitate Russia after the arrest and sentencing of three of their members for a protest in a church. While some members have fled the country, others have remained to continue their agitprop campaign.

The latest salvo comes via video as members of the group thank celebrity supporters, repel off a building, and set fire to a giant poster of Vladimir Putin. This probably won’t help assuage the continued police pressure on the group.

The jailed members have appealed their two year sentences. In other Pussy Riot news, the group was not connected to the murder of two women where the killer wrote “Free Pussy Riot” in the victim’s blood at the scene.