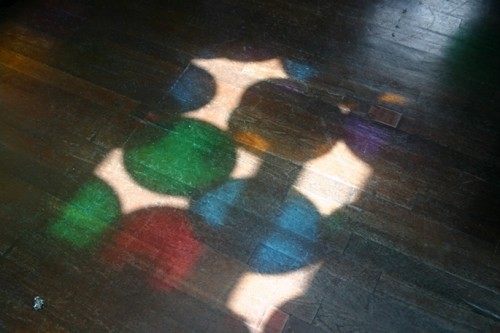 Mancuso’s Loft was one of the germinal sites of dance music culture, helping to sow the seeds of what became known as disco and give shape to the communal dancing model which persists in clubs and bars around the world to this day.

Mancuso’s parties in New York are still going, but the new century has seen him branch out with parties in London, organised in collaboration with the Lucky Cloud Sound System: a collective of enthusiasts and experts including Tim Lawrence, author of definitive disco history Love Saves The Day, DJ Colleen “Cosmo” Murphy, also responsible for Classic Album Sundays, and academic and member of the Beauty and the Beat collective Jeremy Gilbert.

The quarterly Journey Through The Light, taking place at The Light Bar in Shoreditch, runs from 5pm to midnight on a Sunday, with the £23 ticket price also including a full buffet, iced water and use of the cloakroom – not to mention the opportunity to experience a decade-spanning selection of music on the collective’s self-built, crystal clear sound system. With a reverent approach to presenting the music (each track is allowed to run to the end, often followed by a brief applause), a forest of balloons attached to the ceiling, a strict no-photos policy and a mixed, un-selfconscious crowd primed for dancing, Journey Through The Light cleaves as faithfully as possible to the Loft model – and represents a pretty unique dancing experience for London residents more accustomed to the vagaries of the capital’s nightlife.

While, in the past, Mancuso has flown over to perform the role of selector for the parties, he’s recently had to cut back on his visits, with Cosmo filling in behind the decks when required. As such, it’s no longer advertised who will be DJing on the night; according to their website, the collective wish to “make clear to our dancers that we want them to come for the experience, the atmosphere, the energy and the shared adventure, rather than the opportunity to stand in the presence of any one individual”.

The next instalment of Journey Through The Light takes place on Sunday September 23. Tickets are available here, and further info can be found on the Lucky Cloud site.