Groove Armada return to Hypercolour with the No Ejector Seat EP; stream the record in full here 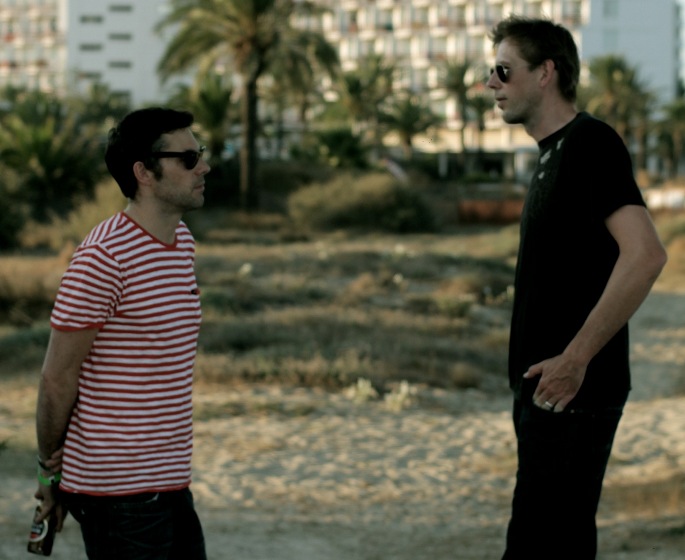 In their recent interview with FACT, Groove Armada revealed they’d fallen back in love with “that warehouse sound”.

Andy Cato and Tom Findlay have, of course, long swapped the warehouse for the stadium. Since 1999’s breakthrough Northern Star LP, the house-leaning pair have ascended into the production big-league. Their Lovebox brand, meanwhile, has blossomed into one of the summer’s biggest festival fixtures.

Still, despite all the spoils, the pair have devoted the bulk of their efforts this year to courting the underground. Cato has been frank about wanting to downsize for a while, and April’s No Knock EP, released on relatively minor imprint Hypercolour (previously home to Huxley and Maya Jane Coles) showed the pair walking the walk. A well-drilled and surprisingly focused collection of sinewy house music, it proved that Groove Armada can shift gear as well as units.

Clearly content operating on a smaller stage, Cato and Findlay will drop another Hypercolour EP next week. More so than its predecessor, No Ejector Seat is a reverential set, darting from acid house pastiche (‘Always Take Me Higher’) to Chi-town homage (‘Chicago Chicago’). The tactile ‘Don’t Take Your Love Away’ also gets its own ’92 Mix’, which nods towards rave without quite giving it the full Zomby. Despite the nostalgic tics, it’s far from predictable – just check out the twist ending on opening track ‘Activate My Heart’.

FACT have an exclusive stream of the six-track EP below. No doubt Groove Armada will be reclining in their Lear Jets before too long, but, for now, it’s great to have them back.

No Ejector Seat is due on September 10.