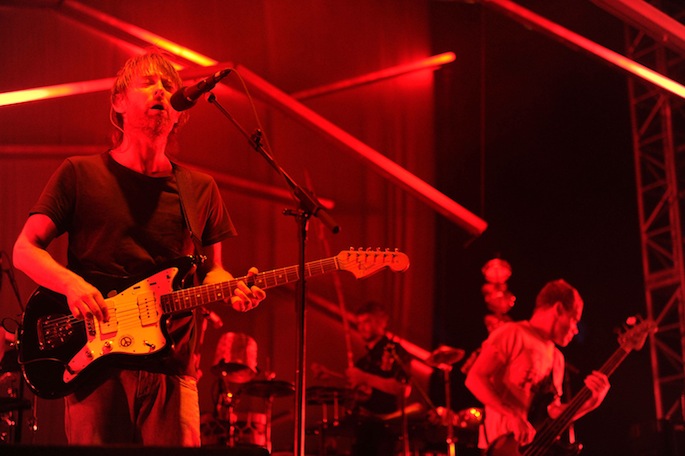 The supergroup will release their debut album on XL Recordings.

After yesterday’s release of ‘Default’ (which you can stream below), Thom Yorke released a statement via XL’s website.

“I have a new project, it’s called Atoms for Peace. You may remember the name from some shows of The Eraser that happened a couple of years ago with Mauro, Joey, Nigel and Flea.

We got a big buzz from them and discovered loads of energy from transforming the music to live from electronic, and so afterwards carried on for a few days in the studio and decided to make it a loose, on-going thing. Immersed in the area between the two.. electronic and live.”

‘Default’ will be released on vinyl next month, and an album will follow in 2013.