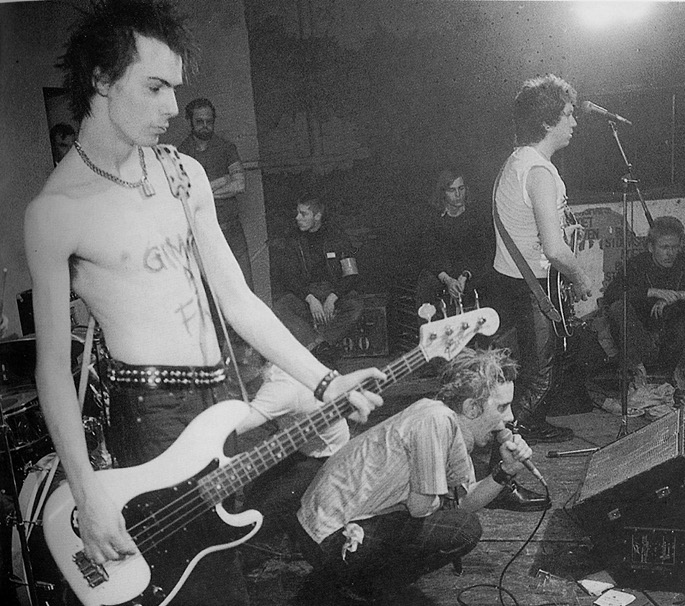 A long-lost demo of one of the most controversial tracks in the Sex Pistols’ slim catalogue has emerged online.

Even in a career defined by defiant gestures, ‘Belsen Was A Gas’ is arguably the Pistols’ crassest release. The track was composed by Sid Vicious before he joined The Sex Pistols, and became one of the band’s live staples.

Although there a few extant recordings of the track – namely a 1978 recording with Ronnie Biggs on vocals and a series of live bootlegs – the demo is the only known recording of the track by the band’s classic line-up.The demo will be included in the forthcoming box set reissue of 1977’s epoch-defining Never Mind The Bollocks, Here’s The Sex Pistols, released to celebrate the record’s 35th birthday.

The newly excavated recording was set to tape by the band at their Denmark Street studio, and was recorded on a TEAC four-track. Engineer John Tiberi offers some insight into how the tape came together: “It really shouldn’t have to be said but that’s Sid on bass. It was very clumsy, no monitors, sound insulation was non-existent. I think they all enjoyed doing it outside of the Wessex environment, which had by then become quite oppressive. When I played it to [producer] Chris Thomas he probably thought I was barmy and couldn’t understand the reverb vocal, but that’s the way John [Lydon] wanted it. I thought it was good as a kind of sketch idea.”

The band notably covered the track during their 2007/2008 reformation tour, reimagining it as ‘Baghdad Was A Blast’ in reference to the Iraq war. PiL, Lydon’s other band, recently hoved back into view with their first album in twenty years. [via NME]