The Return of Love 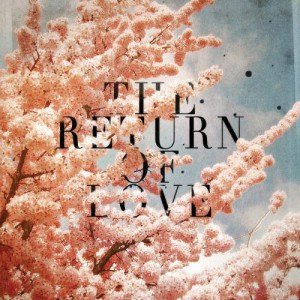 House is a feeling, as the premier declaration of dance music goes. It’s also eminently applicable to the wave of cosmic disco that continues to delight seven years after Lindstrøm’s game-changing ‘I Feel Space’: the idea that it represents a state of mind or set of unspoken values more than merely being a genre category. This is particularly apparent on the second album from Californian duo Woolfy vs Projections: released on Permanent Vacation, the Munich label that has been one of the leading players in nu-disco for the past half-decade, The Return Of Love takes those values and removes them from the dancefloor for more peaceful spots.

Nu-disco is often dubbed “balearic” – less for any Ibiza associations than for the genre’s best practitioners’ knack for musically transporting listeners to a beach paradise. The Return Of Love evokes a different coastline, though: it’s a conscious attempt to filter a quintessentially Californian psychedelic folk album through a modern disco aesthetic. The mood is idyllic rather than decadent: songs such as ‘Cellophane’ are languorous and relaxed, elongated with the same unpressured luxury as a sunbather stretching their arms out. Plucked acoustic guitars, shuffling percussion and gentle starry-eyed vocals dominate: opener ‘Electric Storms’ sets the tone, a drifting pastoral dream lightly touched by sun and romance. It’s all exquisitely judged and tasteful in the best possible way, reminiscent of Italian producer Almunia’s superb New Moon album on Claremont 56 last year – another record with nominal nu-disco roots that used them as a springboard from which to explore folk and rock territory.

Irresistible details abound, from the harmonica and stern rhythm that crop up in ‘March Of The Wizards’ to the playful ping-pong synth underpinning the disco swing of ‘Me And You’. Even when Woolfy vs Projections raise the tempo and veer back towards electronic arrangements, matters are kept light: ‘Me And You’ and ‘Chameleon’s Tale’ are leavened by stylised, Badalamenti-esqe synth work, while the sweet nothings of ‘Running Around Your Love’ bounce off rubbery bass with casual ease. The centrepiece is the gorgeously yearning Tensnake collaboration, ‘Nina’, the closest The Return Of Love gets to a real hands-in-the-air moment. But for the most part, it’s content to lull the listener into a state of bliss.