Hear a track by Pusha T, Raekwon, and Joell Ortiz from the RZA’s film soundtrack 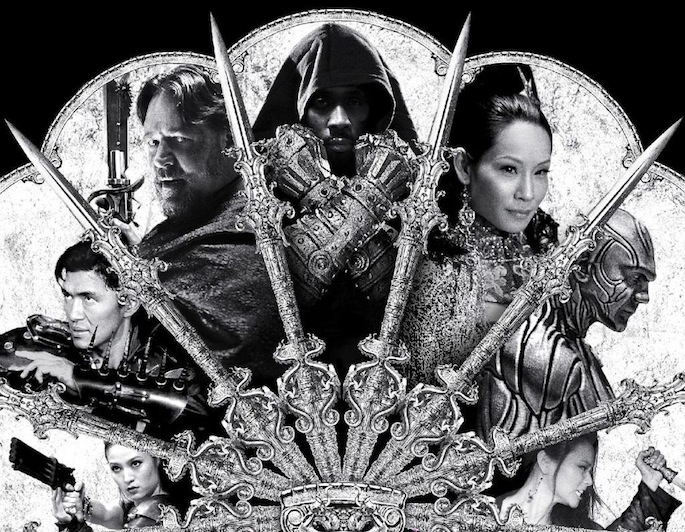 ‘Tick, Tock’ delivers on the “Morricone meets RZA” vibe promised for the The Man with the Iron Fists soundtrack.

Produced by Frank Dukes and S-1, ‘Tick, Tock’ is a widescreen, High Noon affair, complete with titular clockwork sound effects. The trio of Pusha T, Raekwon, and Joell Ortiz are the perfect gunslingers for this cinematic drug deal rap.

The Man with the Iron Fists is RZA’s multimedia tour de force: he co-wrote and directed the film, produced the score, and executive produced the soundtrack.

The soundtrack and score will be out October 23 via RZA’s Soul Temple Records. The film, which stars Russell Crowe and Lucy Liu, will be in theaters on November 2. Stream ‘Tick, Tock’ below; the track list (with full production credits) follows.