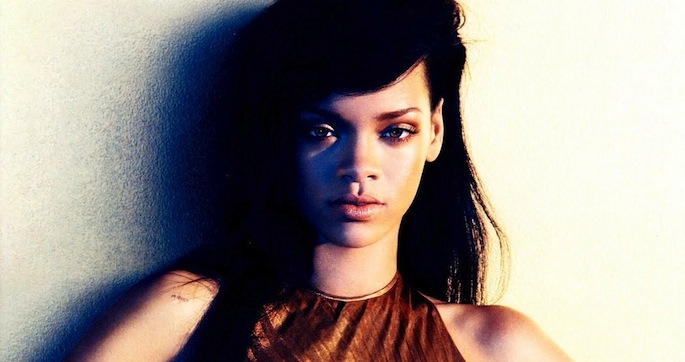 The album would be her fourth consecutive November release.

According to a since-deleted tweet from Def Jam’s French branch (via Idolator), Rihanna will release the first single from her next album on Monday. The as-of-yet untitled album would be the relentless Barbadian pop star’s seventh album since her 2005 debut.

Rihanna just released her fifth single from her most recent chart topper, Talk That Talk, the anything-but-subtle ‘Cockiness’ (and A$AP Rocky jumped on the remix).

In other Ri Ri news, the singing sexpot recently shared a revealing photo of her new tattoo. Not to be outdone, singer/abuser Chris Brown had a sugar skull inked on his neck that looks suspiciously like Rihanna circa his 2009 attack.