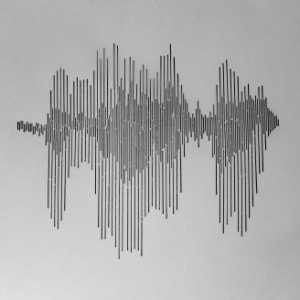 As Cupp Cave, François Boulanger has made a name for himself exploring the territory between skewed hip-hop and degraded, slow-mo house, climaxing in this year’s Retina Waves EP on London label Ramp. Boulanger, though, has never been a one-alias man. His Ssaliva moniker was inaugurated with a cassette on Matthewdavid’s Leaving Records last year, Thought Has Wings, whose hazy, refracted ’80s pop instrumentals and starry-eyed synth etudes suggested a more straightforward crack at the nebulous chillwave formula. But, just as the Cupp Cave project seems, over time, to have degenerated into the mossy, decomposed inverse of its former self, so Ssaliva appears to be maturing nicely into something far more ambiguous and subtly chameleonic than those descriptors might suggest.

The project gets a thorough airing this year with a trilogy of EPs on Belgian label Vlek – perviously home to Cupp Cave releases, as well as a string of excellent transmissions from Wanda Group, Tiga Bakso and others. Commencing with the RZA EP, released back in January, the triptych continues with Sync Thrills, an eight track release which sees Boulanger largely discard his trademark queasiness for a lucid sonic palette.

There is still the occasional pillowy-numb hip hop beat on display: ‘Taro’ labours under the weight of a crowd of dislocated vocal syllables, while ‘Yet Another Vase’ slips jarringly in and out of focus. But for the most part, this release sits in the liminal zone between two styles: a deeply abstracted hip hop beat tape on the one hand, a declaration of h-pop intent on the other. The monolithic figure of Oneohtrix Point Never looms large: ‘Eza’ evokes the title track of Replica in the way it extracts intense pathos from looped fragments of piano, and ‘A*I’ follows the contour of a Lopatin echo jam with almost alarming faithfulness, while the gentle arpeggiations of closer ‘AA Floor’ are rendered with a crystalline clarity rarely heard in Boulanger’s discography.

Elsewhere, a more original balance is struck between new and familiar – most effectively in ‘Ave’ and ‘Uranus 7766’, both of which sound oddly like Rhythm & Sound instrumentals: fascinating hybrids of dissociative skank and stylised new age wooziness that float in amniotic stasis for their duration. Sync Thrills may not be Boulanger’s most striking release, but it’s best enjoyed as hypnagogic music in the truest sense, engineered with the border between sleep and wakefulness in mind. Even if you’re wide awake when it starts, your eyelids will be heavy come closing.