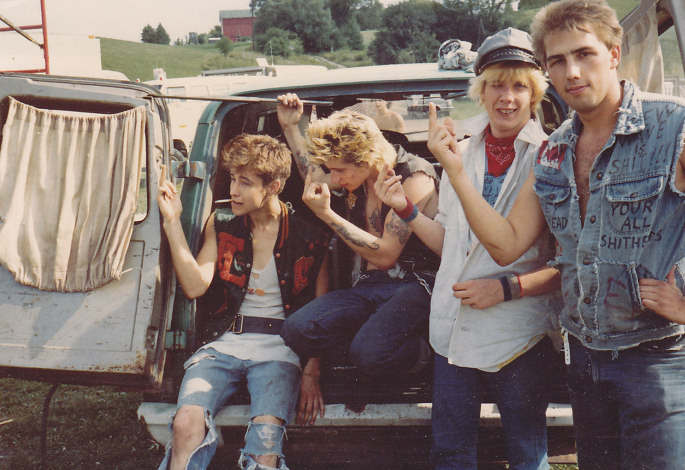 Joe ‘Shithead’ Keithley, leader of Canadian hardcore grandfathers D.O.A, is endeavouring to turn his attention from music to politics.

D.O.A emerged at the juncture where US punk tipped into hardcore, and are often pinpointed as one of the principal progenitors of the latter. Since 1980’s Something Better Change, the band have released eighteen studio albums, the most notable of which – the scene-making Hardcore ’81 (1981), and the following year’s War On 45 EP) – are touchstones for frenetic, rhythm section-heavy rock.

As Canadian website Exclaim report, Keithley will be now be devoting time to campaigning for a seat in the Legislative Assembly of British Columbia. Keithley will be on the ticket of the left-leaning New Democratic Party, and will be standing in the Coquitlam-Burke Mountain riding (which, as constituency names go, definitely beats Bromley and Chislehurst). In a press release, Keithley stressed that he may now be too occupied with politics to tour in future.

Keithley has long been interested in politics, running for the Green Party in British Columbia in 1996 and 2001. He’s also spent an increasing amount of time in the last few years working with the Canadian Occupy movement.

The band are about to embark on what, plainly, may well be their last ever tour. Dates are below (as is Hardcore ’81‘s ‘Unknown’).