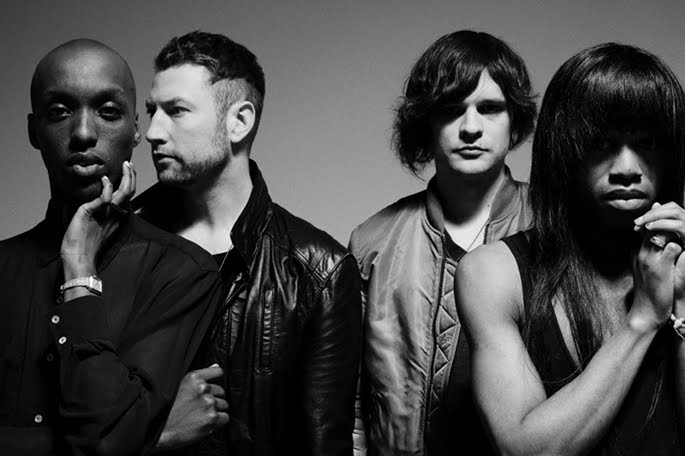 Having built up heat as far back as 2009 with ‘Reckless (With Your Love)’ and ‘Hungry For The Power’, the upfront house quartet shimmied into the wider consciousness at large with their self-titled debut  for Loose Lips in 2011.Over the past year, the band have found themselves becoming very hot property indeed, touring with Madonna and getting reworked by everyone from Jamie Jones to Nicolas Jaar.

For all their success, the Dim Mak signing is still a weird fit. Sure, Aoki and Azari & III are similarly flamboyant, but Aoki’s lurid brand of party-starting is a very different proposition to the Toronto natives’ slinky, hip collective persona; we certainly wouldn’t have expected to see them sharing a stable with Infected Mushroom and Atari Teenage Riot. Still, in a world where Limp Bizkit are on the YMCMB payroll, anything can happen.

Dim Mak will kick off the freshly-forged association with a full U.S. release for Azari & III. Dim Mak claim to be giving the album its debut North American release (although, as Spin‘s Philip Sherbourne notes, the record has already had a Canadian release on Tiga’s Turbo label).

The video for Azari & III highlight ‘Manic’, no less addictive than it was eighteen months ago, is below. Alternatively, you can toast their success by checking out their jacking FACT mix from earlier this year. Aoki, you’ll remember, got some stick earlier this year for his gargantuan rider demands.