Rejected! 10 movie soundtracks that should have made the cut 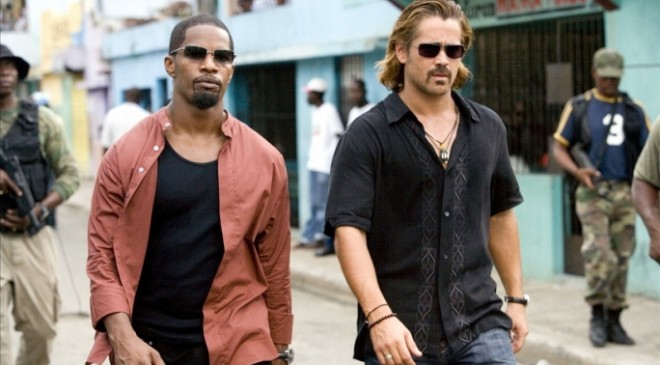 You don’t need to have seen Mullholland Dr. to know that Hollywood is as much a nightmare as a dream factory.

For every promising young actor or director who makes it onto the silver screen, several thousand end up on skid row. For every hundred exciting films in pre-production, two or three will get made, and maybe one will survive with its original script and spirit intact. Movie soundtracks are no less vulnerable to Hollywood’s brutal law of averages: history is rife with instances of interesting original scores being commissioned, only to be rejected when the studio in question decides that something more conventional, or more commercial, would serve their interests better.

Over the following pages, we highlight 10 original scores that were discarded or abandoned – in some cases as a result of a director only wanting the best for their baby, but more often due to short-sightedness, greed and fear on the part of the powers that be. 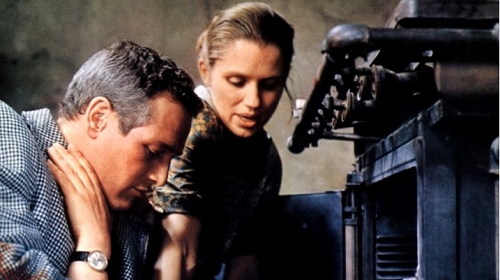 During the first run-through of Torn Curtain with Bernard Hermann’s music, the Universal orchestra gave the composer a spontaneous ovation – or so the legend goes. Unfortunately Hitchcock, by this time a doughy old man, yielded to the studio’s demands for a jazzier, poppier, more upbeat accompaniment to the film, and so his longtime collaborator’s work went unused. It is now, quite rightly, regarded as one of Herrmann’s finest creations. 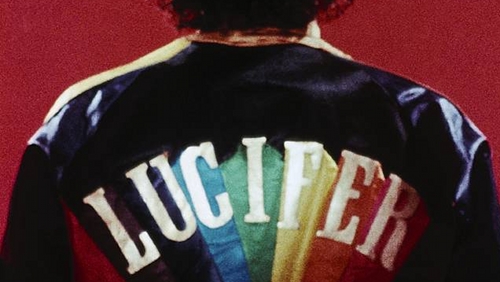 A man so steeped in the occult, and so stinking rich, that he felt moved to buy up Aleister Crowley’s vast country pile, Jimmy Page was a good choice to score Kenneth Anger’s counter-culture classic Lucifer Rising. Ultimately Anger decided to use a superior offering from imprisoned nutter Bobby Beausoleil, but the Led Zep guitarist’s surprisingly angular, avant-garde treatment remains well worth a listen. 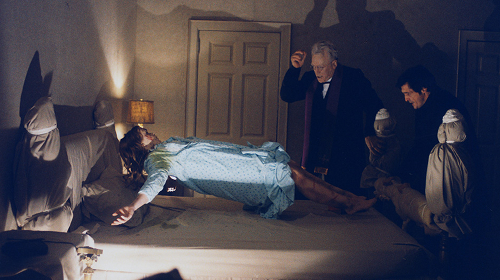 Apparently William Friedkin was livid when he heard Lalo Schifrin’s spiky, atonal score for The Exorcist, which he felt was too hysterical, too obviously “horror”, leaving little to the imagination. It was left on the cutting room floor, Friedkin eventually settling on an unlikely and, in the end, iconic hash of Penderecki and, er, Mike Oldfield’s Tubular Bells. 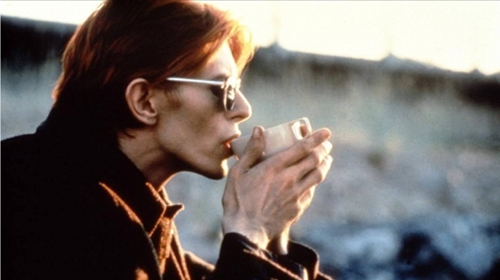 DAVID BOWIE
THE MAN WHO FELL TO EARTH
(NICOLAS ROEG, 1976)

David Bowie’s proposed electronic score for The Man Who Fell To Earth, the 1976 existential sci-fi in which he starred, was abandoned due to contractual wranglings. It’s not known what became of Bowie’s instrumental sketches, but it’s safe to say they probably informed the second side of  Low, released the following year. 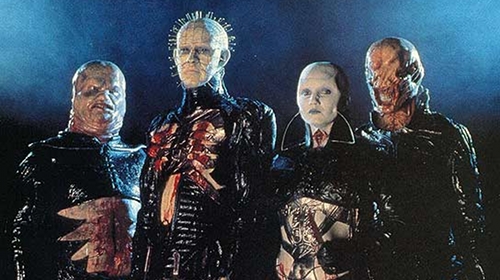 With its overblown but still unsettling mix of sexual deviance, bodily torment and the occult, Clive Barker’s Hellraiser was seemingly custom-made to be soundtracked by Coil. Alas, Jhon Balance and Peter Christopherson’s queasy electronic themes – made available on CD, cassette and 10″ vinyl – weren’t considered commercial enough for their intended purpose. 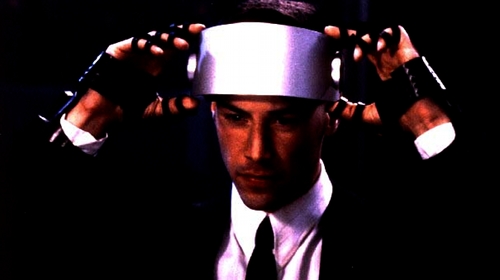 Studio nepotism meant that the original cues created by Black Rain (Stuart Argabright and Shinichi Shimokawa) for Johnny Mnemonic were cast aside in favour of a pick ‘n mix-style soundtrack of cringeworthy pseudo-industrial and electro-rock – just one of the reasons that a film which should have been a cyberpunk classic turned out an absolute shambles (even Dolph Lundgren has been in better). The rejected music, all brooding, tribal-percussive techno noir, was finally isssued in its own right as Now I’m Just A Number earlier this year. 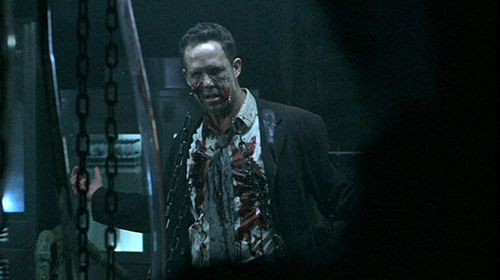 Yes, another Hellraiser movie. Being the sixth entry in a franchise that has simply got worse and wose, Hellseeker is of course a cinematic atrocity that you wouldn’t dream of inflicting on your worst enemy, even if they’d sold your soul to Pinhead. It might have been improved, albeit only slightly, if the original score by Raz Mesinai (aka Shackleton-approved dread-stepper Badawi), had made the final cut. Mesinai’s work was subsequently released under the title The Unspeakable. 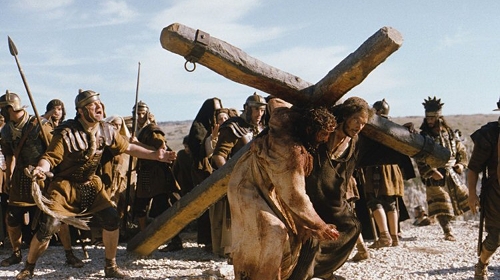 Having co-created (with Hans Zimmer) the Oscar-winning score for Ridley Scott’s Gladiator and repeatedly conjured atmospheres of supreme religiosity as one half of Dead Can Dance, Lisa Gerrard can’t have been surprised when she was asked to soundtrack Mel Gibson’s biblical torture-porn epic The Passion Of The Christ. By all accounts she and her collaborator Patrick Cassidy were doing a good job, but the recording sessions were beset by delays, and Mel bottled it at the eleventh hour, calling upon John Debney to knock out a trad orchestral score instead. 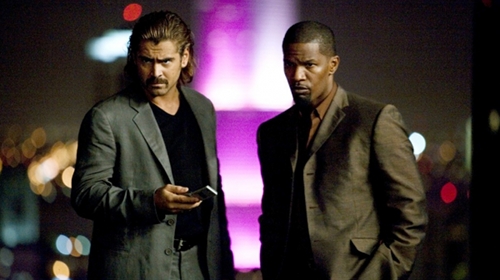 If we had a dollar for every time RZA has been attached to a soundtrack project in the planning stages, we’d have a fair ol’ fistful. Seven years after his terrific job on Jim Jarmusch’s Ghost Dog: Way Of The Samurai, he was brought in to lend some hip-hop credibility to Michael Mann’s unintentionally hilarious feature-length reboot of his unintentionally hilarious TV series. He never completed the job, though his rather pedestrian-sounding draft for the main title theme eventually found its way into the public domain. 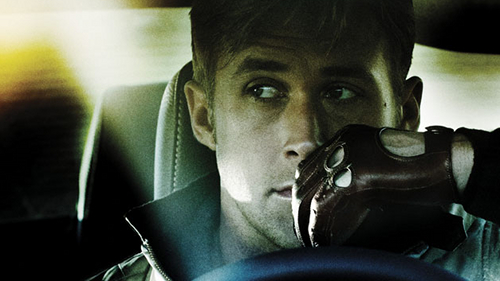 Johnny Jewel’s original compositions for Drive were shelved in favour of slicker cues from Hollywood dab hand Cliff Martinez, but the architect of the Italians Do It Better sound doesn’t have much to complain about: tracks by his bands Chromatics and Desire figure prominently in the final cut, and the movie’s huge success has brought his work to a wider audience than ever before. He’s reportedly working on a full score for Drive director Nicolas Winding Refn’s upcoming Logan’s Run remake.