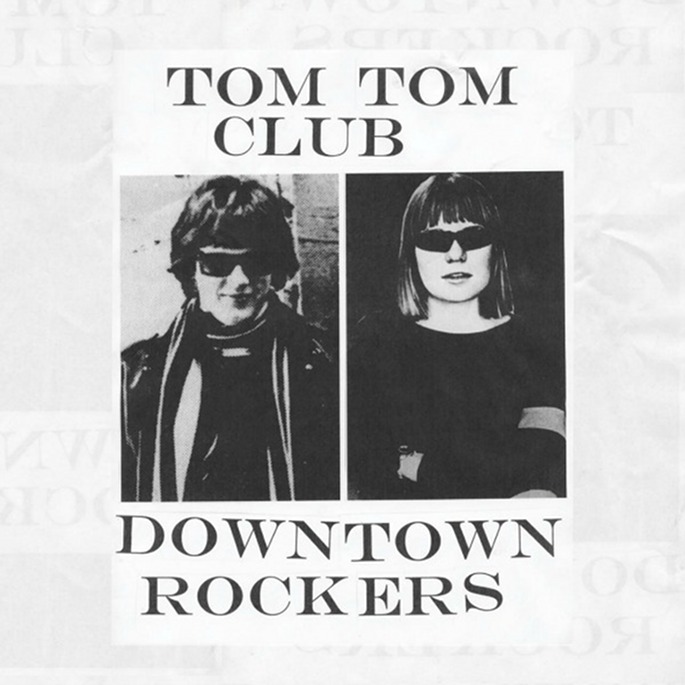 Tina Weymouth and Chris Frantz have never been able to replicate the success of their best-known band, but their work as Tom Tom Club has definitely earned its place in the history books. Their early single ‘Genius Of Love’ (featured in Talking Heads’ concert flick Stop Making Sense) has become notorious in hip-hop circles: Grandmaster Flash, Redman and, latterly, Max B are among the acts to have used the track as sample fodder.  Signautre cut ‘Wordy Rappinghood’, meanwhile, has been covered by the likes of Chicks On Speed and Uffie.

Tom Tom Club’s latest effort, Downtown Rockers, sees the band continuing to turn out their twee, danceable strand of new wave. The video for the title track sees them calling in favours from the likes of Richard Hell and Debbie Harry, and there’s plenty of archive footage of The Ramones, Suicide et al. The track, in which Frantz reels of the names of classic NY musicians, plays like a jaunty pre-school version of LCD Soundsystem’s ‘Losing My Edge’ – not a little silly, but fun all the same. Head to Rolling Stone to watch.