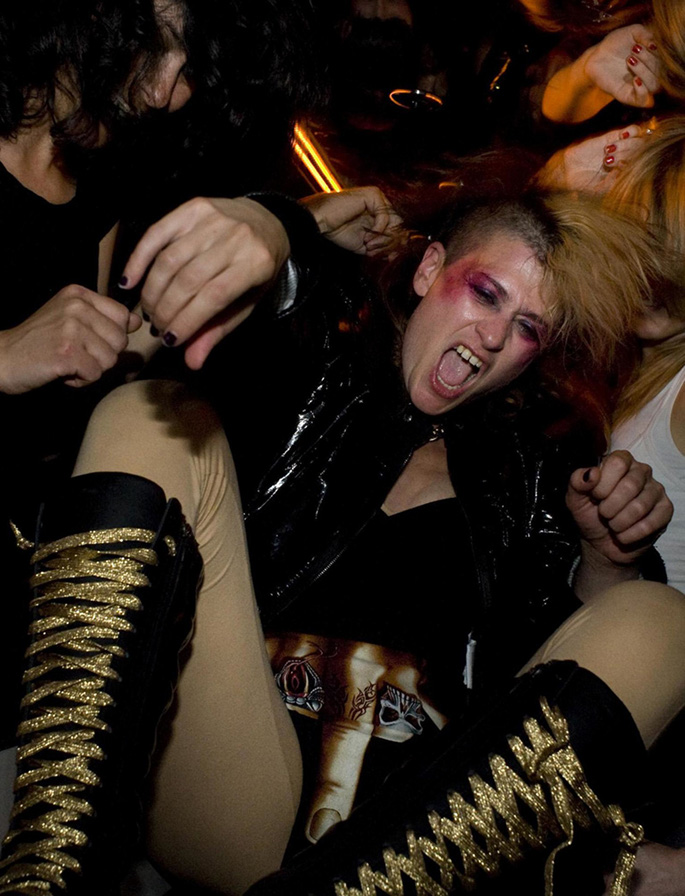 Electro starlet Peaches hasn’t released an album since 2009’s I Feel Cream, but, if a new film is anything to go by, she’s    been keeping herself very much occupied.

Peaches Does Herself is a nominally autobiographical rock-opera (note: we’re sensing a heavy dose of creative license), described by Peaches as an “anti-jukebox”. The film features 20 songs from across Peaches’ discography, and is based on a performance at the Hebbel Hau Theater in Berlin, her adopted homeland. Peaches serves as writer and director, and plays the lead in the piece.

The film’s synopsis speaks for itself: “The story of a young woman who, inspired by a 65-year-old stripper, begins to make sexually forthright music. Her popularity grows and she becomes what her fans expect her to be: transsexual. She falls in love with a beautiful she-male, but gets her heart broken and then ventures on a path of self-discovery.” Not Carousel, then.

Highlights from the film apparently include a none-more-Vegas wedding ceremony, nude cowboys and, famously, an exploding phallus. You can watch the trailer below (which, we shouldn’t need to tell you, is 100% NSFW). [via NME]