“I’m seeing the Roundhouse… bouncing like it was DMZ”: Gilles Peterson talks Mala in Cuba live 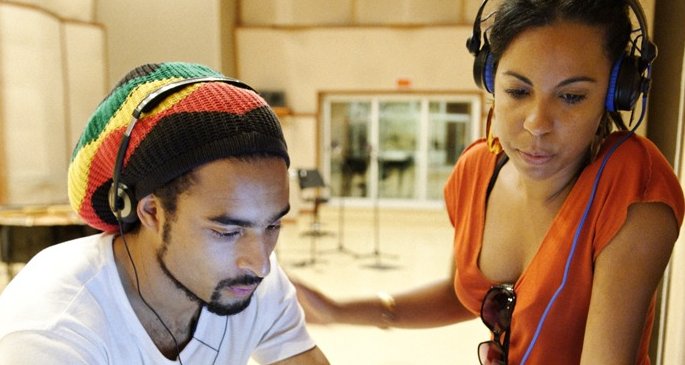 Mala in Cuba, the Gilles Peterson-aided exploration of Cuban sounds by Mala, one of dubstep’s all-time great producers, has emerged as one of 2012’s most exciting dance albums.

The liner notes for the record were penned by sometime FACT writer Martin ‘Blackdown’ Clark, and the full interview between him and Peterson is now available to read at the Blackdown Soundboy blog. As you’d expect, it’s a great read, but one of the most interesting parts in it relates to the potential of a Mala in Cuba live show:

Update: As just pointed out to us, the first Mala in Cuba live show is already happening – it’ll be in Brixton this November, and we even posted about it when it was announced, making us feel more than a little stupid today. Still, Gilles’ words might well spread some light on what the show will entail, and it goes without saying that the full interview between him and Clark is still worth reading.

“Yeah, yeah. We’re going to do it”, Peterson answers to a question about whether there are plans to take the project live. “I mean we’re going to, I mean I say live, in my head, I’m seeing the Roundhouse, I’m seeing Mala, some percussion I’m seeing Changuito playing congas, who’s like a proper legend, Cuban musicians, some wicked visuals, a bit of piano, maybe, with Roberto just coming in for a couple of but I’m seeing the kind of sound system, but with Cuba, and three thousand people bouncing like it was, like DMZ. I’m seeing that for sure. I think that’d be amazing.

“So, yeah, I think, I think Mala’s going to be… in a way Mala’s quite modest, isn’t he? He doesn’t quite realise, in a way, who he is, and I think that he is not far from being able to… I mean, I saw Nicolas Jaar last year at the Roundhouse and I was like, “Oh, God!” This is sold out on a fucking Wednesday in February, snowing outside. I was like, “My God there is a world for this”… Mala would just murder this. So I’m hoping that he’s going to be really up for doing all that stuff.

Here’s hoping. Earlier this Summer, FACT TV caught up with Mala and Peterson about the project: you can watch that interview below.