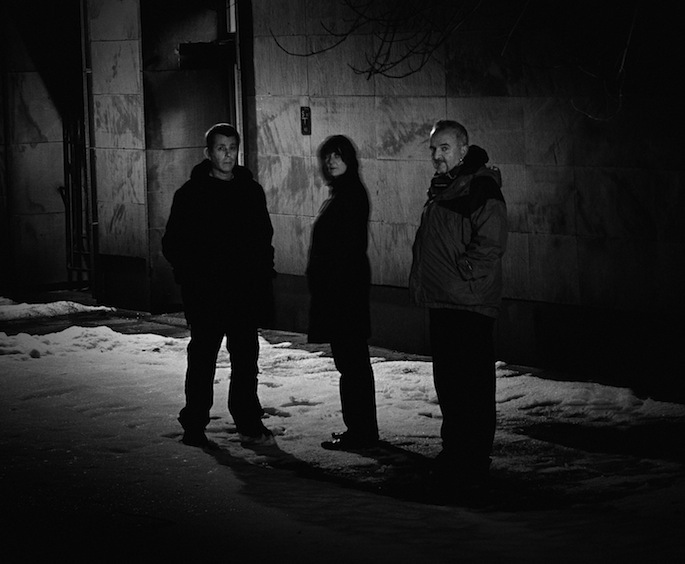 The long-awaited final project from the remaining members of Throbbing Gristle is due in November.

The two album release celebrates the final collaboration of the industrial pioneers Chris Carter, Peter ‘Sleazy’ Christopherson and Cosey Fanni Tutti; Genesis P-Orridge has not participated in TG since 2010.

Desertshore is a re-imagining of Nico’s 1970 album of the same name. Peter ‘Sleazy’ Christopherson conceived of the project in 2006, and was preparing to record vocalists at his Bangkok home when he died suddenly in 2010. Carter and Tutti completely the album with contributions from artists close to Sleazy, including Antony, Marc Almond, Blixa Bargeld, Sasha Grey and Gaspar Noé.

The Final Report has been compiled from the trio’s final 2009 and 2010 sessions, completed at Carter and Tutti’s Norfolk studio. According to a press release, the album’s title is instructive: “This album stands as the final report; a celebration, a loving remembrance of their unique partnership.”

Both albums will be released on TG’s Industrial Records on November 26. Formats include a gatefold double vinyl with 12″ booklet and a bespoke-package double CD with 12 page booklet, postcard and bonus track, along with a variety of digital formats. Teasers for both albums and their tracklists follow.

The Final Report
Stasis
E.H.S. Breach
Um Dum Dom
Trope
What He Said
In Accord
Gordian Knot
Emerge To Space Jazz
The End