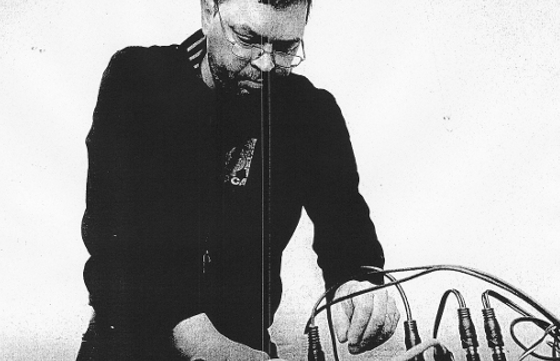 In the past two years, Nick Edwards’ Ekoplekz project has become ubiquitous, and gone from strength to strength.

In addition to self-released tapes and CD-Rs, there have releases on such esteemed labels as Mordant Music, Public Information, Perc Trax and Further, and most recently a release under Edwards’ own name on Editions Mego (probably his finest work to date). He now returns to Punch Drunk, the label that first introduced him to the wider world with 2011’s Intrusive Incidentalz Vol.1.

The new release is called – wait for it – Intrusive Incidentalz Vol.2, and is due to out on vinyl LP and digital on October 6. According to Punch Drunk, it’s “the concluding part of Ekoplekz’s collection of dark, oppressive atmospheres and violently unstable interludes, inspired by childhood memories of terrifying electronic soundtrack music from the 1970s.

“Developed through studio improvisation and channelling a sense of dread informed by the social, economic and political climate of life in 2012, Ekoplekz has delivered some of his finest, most vivid work to date.”