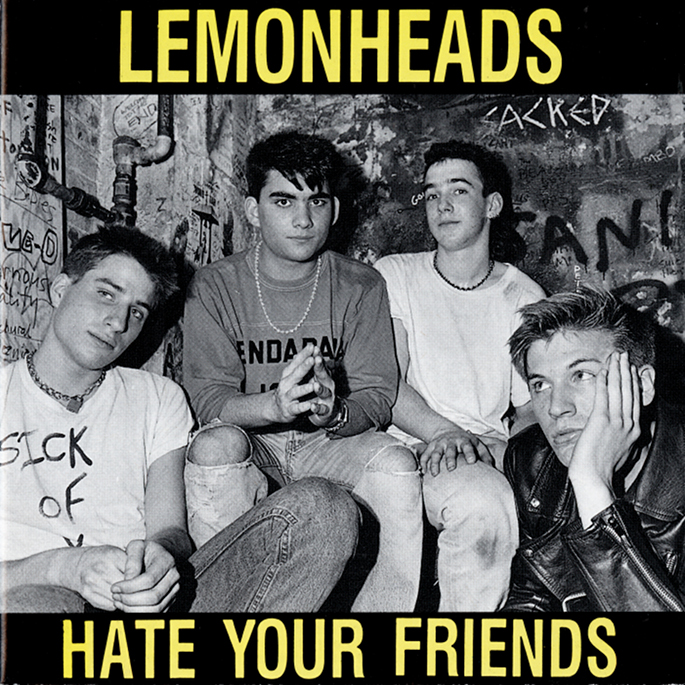 Evan Dando’s melodious indie combo are the latest Nineties institutions to have another crack at the whip.

Before they started turned out plaintive grunge-pop, The Lemonheads were firmly situated on the hardcore spectrum. Between their formation in 1986 and founder member Ben Deily’s subsequent departure in 1989, the group produced three noisy, schizophrenic full-lengths. It was revealed earlier this week that principal Lemonhead Evan Dando and Deily have reunited for a new full-length; aided and abetterd by oddball troubadour Ryan Adams, the results have been touted as a return to the band’s scuzzy roots.

Seizing the moment, Fire Records have announced they are to reissue The Lemonheads’ first three records. The label (currently home to Mission Of Burma and Archers Of Loaf) will put out new editions of Hate Your Friends (1987), Creator (1988) and Lick (1989) early next year.

Hate Your Friends is typically regarded as a scrappy curiosity, albeit one elevated by Dando’s charming way with a hook (see ‘Glad I Don’t Know’). Creator saw the band begin to soften their sound, and shows them beginning to navigate the balance between punk noise and pop nous; Lick, meanwhile, shows their Janus-faced approach starting to really hit paydirt.

Lick cut ‘Mallo Cup’ is available to stream below.