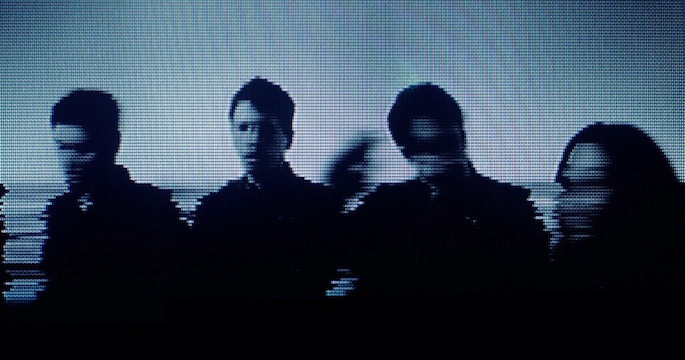 Trent Reznor breaks radio silence with updates about How To Destroy Angels.

Following this week’s reports of a new How To Destroy Angels release, Trent Reznor took to Facebook to update fans on the status of his post-Nine Inch Nails project.

The band has signed to Columbia Records, and an EP entitled An Omen is due in November. The six song EP contains some songs that will appear on the band’s full-length LP, out early next year. In addition, the band will releasing videos and performing live, with details to be announced.

The most significant bit of news is that Reznor has partnered with a major label. Since Nine Inch Nails’ Interscope contract ended, Reznor has become something of an independent maverick, helping pioneer the “freemium” distribution model.

“Regarding our decision to sign with Columbia, we’ve really spent a long time thinking about things and it makes sense for a lot of reasons, including a chance to work with our old friend Mark Williams,” says Reznor.

“There’s a much more granular and rambling answer I could give (and likely will in an interview someplace) but it really comes down to us experimenting and trying new things to see what best serves our needs. Complete independent releasing has its great points but also comes with shortcomings.”

Along with Reznor, How To Destroy Angels features his wife, Mariqueen Mariqueen Maandig, musician Atticus Ross, and (judging by the group’s new photo) art director Rob Sheridan. Watch the unnerving video for their 2010 single ‘The Space in Between’ below.