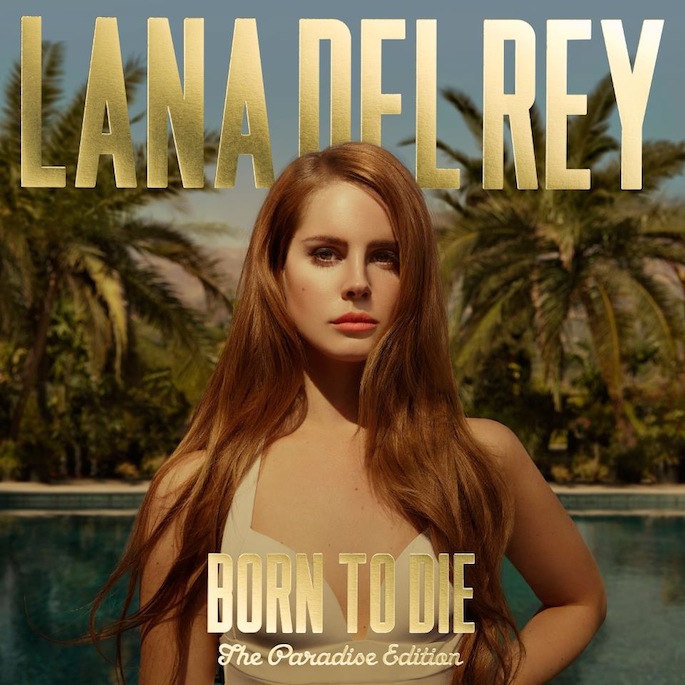 Lana Del Rey teases new songs and sets a release date for the “Paradise Edition” of her debut album.

The controversial singer-songwriter shared the airbrushed cover for the deluxe edition, along with a video teaser that includes clips of the bonus tracks ‘Ride,’ ‘Pussy’ ‘American,’ ‘Gods & Monsters,’ ‘Body Electric,’ ‘Blue Velvet,’ ‘Bel Air,’ and ‘Yayo’.

‘Yayo’ appeared on the since-pulled album she released under her own name, Lizzy Grant. ‘Blue Velvet’, we presume, is the full version of the cover LDR performs in a recent ad for hipster clothier H&M.

Born To Die: The Paradise Edition is due out November 12. Rick Rubin, Dan Heath, Justin Parker, Emile Hayne, and Rick Nowels are also named as collaborators, but in what capacity is unclear at this time.

Until more details are released, enjoy these choice lyrics that find Del Rey dangerously approaching self-parody: “”My pussy tastes like Pepsi cola, my eyes are wide like cherry pies” and “Elvis is my daddy, Marilyn’s my mother, Jesus is my bestest friend.”