Premiere: Alva Noto and Byetone team up as Diamond Version in new video 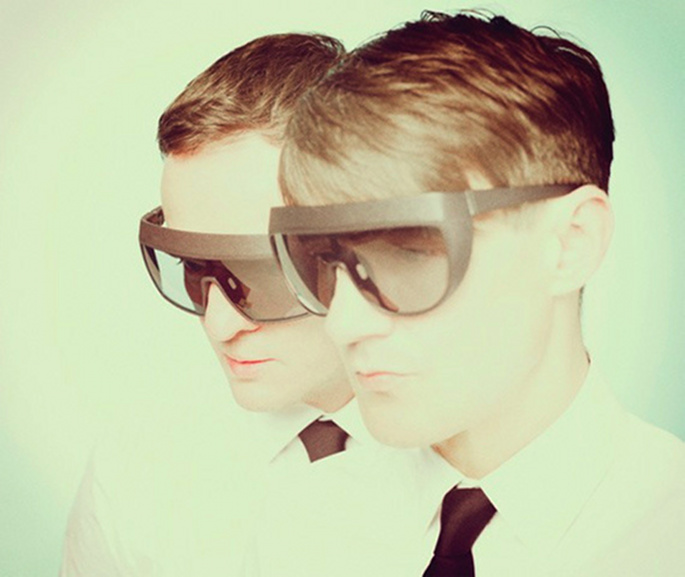 Diamond Version is the collaborative alias of Byetone and Alva Noto, two of forensic electronica’s most revered practitioners.

The Raster-Noton bosses (and teenage friends) have both been busy of late with their respective solo ventures. Alva Noto released 2011’s fluent Univrs, and collaborated with Anne-James Chaton and Andy Moor earlier this year. Byetone, meanwhile, released the thudding Symeta at the tail end of 2011.

Developing out of the occasional collaborative live performance, Diamond Version attempt to fuse relatively forceful dancefloor fare with corporate imagery and “surreal and subversive humour”. The pair have just kicked off a five-part EP series for Mute Records, issuing Technology At The Speed Of Life / Empowering Change over the weekend. FACT have the first play of the video for the title cut.

‘Technology At The Speed Of Life’ is a skittering electro number, reminiscent of Squarepusher’s shrinkwrapped productions on this year’s Ufabulum. Visually, too, there are nods to Tom Jenkinson’s LCD smorgasbord, with splodges of colour flashing and strafing erratically across the screen.

A second Diamond Version EP is due on November 26, and an album is expected in 2013.