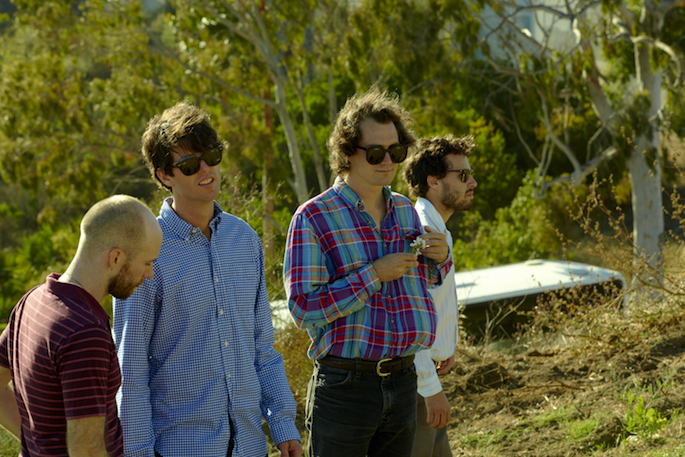 According to press materials, the band looked to the sage-like David Lee Roth for inspiration, who said, “The first rule of rock & roll is if it sounds good, it is good.”

After over two years of touring, the band opted to self-produce Strapped, expanding and pushing the limits of their sun-soaked sound. Still, the album features the same tight, pop-focused songwriting of earlier efforts.

Among their influences this time around, the band cites a varied list: Denim, Momus, The Church, YAZ, Grace Jones, INXS, Carole King, Lee Hazelwood, The Byrds, and Elton John.

Strapped will be released October 1 on Mexican Summer. Stream the entire album below.