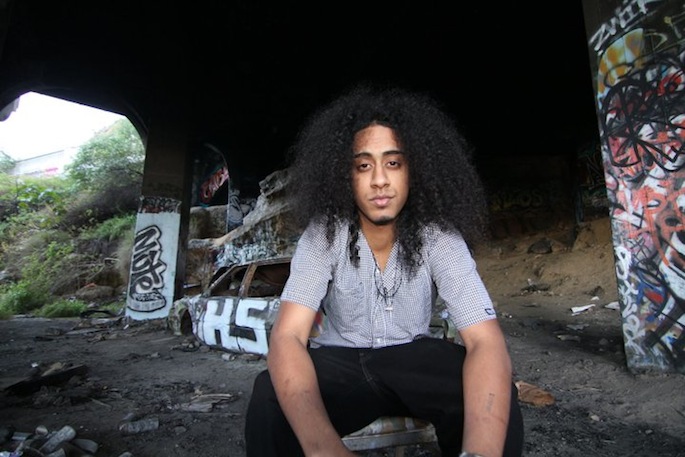 The producer says Banks’ camp was set to release a track he crafted without his permission.

Munchi is a Rotterdam-based DJ/producer who has produced for M.I.A. and worked with Mad Decent and Trap-a-holics. First released for free in 2010, his ‘Esta Noche’ is a soulful moombahton jam that revolves around a sample of Montell Jordan’s ‘Get It On Tonight’.

Azealia Banks rapped over the track (below) on her Fantasea mixtape, and was set to release it as a single today, all apparently without Munchi’s permission. While this type of track-sniping is de rigueur in the hip-hop mixtape world, it usually doesn’t happen with commercial releases.

The enigmatic Munchi took to Twitter to blast Azealia Banks and her representatives, who allegedly prepped the track for release before reaching out to him. He also says they offered $25,000 and a public apology in exchange for his cooperation, to which he tweeted “Tell your camp the deal is off I don’t want your fucking $25.000. Fuck off. Go be a puppet bitch to someone else.” Later, he continued his anti-music business rant and called out Banks for “bitch behaviour.”

Banks, no stranger to Twitter beef, seems to be taking the conflict in stride. She tweeted “k so esta noche won’t be being released today because @originalmunchi thinks I’m in the illuminati… I’m being very serious right now. I’m cracking up right now… This is a first.” We’re not sure where the Illuminati claim comes from, but Banks is undeterred: “I’m still shooting the esta noche video tomorrow . *kanye shrug*”

Update: Munchi makes his case via Facebook, saying he was “disrespected 11 times in total and still they thought it was ok to just give me a sum of money for my integrity.”