“This is not KISS”: John Lydon savages Never Mind The Bollocks anniversary reissue 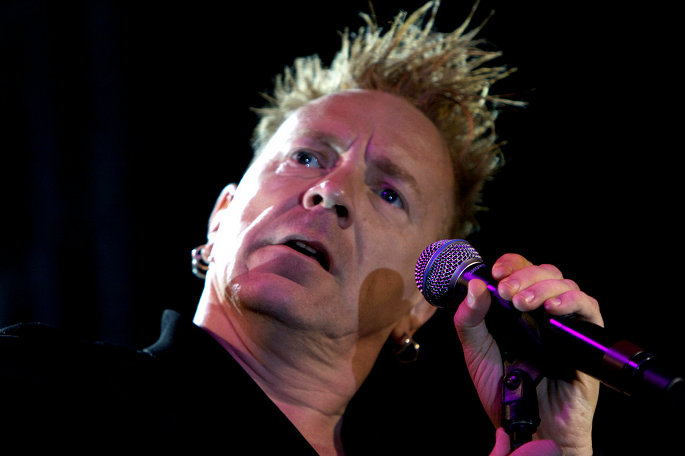 John Lydon has shoved the boot into the forthcoming anniversary reissue of 1977 punk touchstone Never Mind The Bollocks…Here’s The Sex Pistols.

Universal’s special deluxe box set emerged earlier this week, featuring supplementary discs of rare and live material and an assemblage of Sex Pistols paraphernalia. Frontman John Lydon has previously stressed his desire to “very strongly distance myself” from the campaign surrounding the reissue, and now he’s offered an even sterner verdict on the project.

Lydon – back on the circuit touting PiL’s first album in twenty years – told NME that he is less than pleased with the new package, claiming that the record company “don’t realise they’re actually killing the fucking spirit of the thing” and pithily reminding readers that “This is not KISS”.

Lydon turned his ire on this summer’s half-hearted campaign to get ‘God Save The Queen’ to No. 1 during the Jubilee celebrations: “It wasn’t right from the start. I don’t mind the records being re-released properly, that’s a good thing, but I don’t like the vacuous nonsense of trying to create false agendas and pretending to want to be Number One. Hello? Never did nothing for Number One. Not ever. Not in my entire life. What the fuck are you lot thinking of? I’m immediately at war with them on that.”

He also went on to criticise the industry’s hunger for a Sex Pistols reunion: “There’s been bizarre, millions-of-pound offers for tours. I don’t want it for any price; I could do with the money, you know, but not on that level. I can’t write a song for them anymore. I’ve moved on. It’s over. I don’t see any progress from working with the chaps. To me, they’re still pocketed 30 years back and they haven’t grown out of that. That’s not fair to me, to expect me to take 10 steps back and wreck what is a perfectly healthy thing that I’m doing right now. If Universal had any sense, they’d have signed fucking PiL and not the Pistols.”

Recently rediscovered Sex Pistols demo ‘Belsen Was A Gas’ is available to stream below.