“This shit ain’t easy.” Main Attrakionz on getting paid and surviving life under a dark cloud

From beneath the gun-metal skies of North Oakland comes a new way to be soulful in hip-hop. It has nothing to do with the tradition of afro-consciousness, nor bong-water shamanism, nor gospel-tinged spiritualism. Once again we rotate back to timeless themes – to the young black man dealing with his mortality, as he always […] 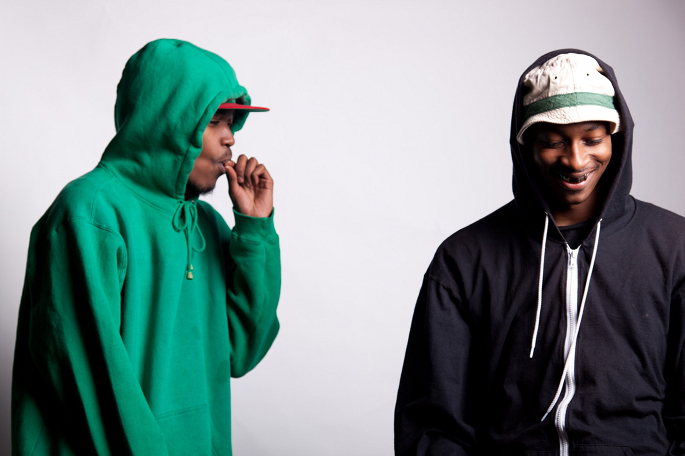 From beneath the gun-metal skies of North Oakland comes a new way to be soulful in hip-hop.

It has nothing to do with the tradition of afro-consciousness, nor bong-water shamanism, nor gospel-tinged spiritualism. Once again we rotate back to timeless themes – to the young black man dealing with his mortality, as he always has in hip hop, at a tragically young age. From Ready to Die to Me Against The World, success for our protagonist means escape, for him and his family. But escape to where? Not heaven or rural America or million dollar mansions. This time, with the music of Main Attrakionz, the final destination is oblivion – a state of unthinking, the clouds.

The production backdrop is translucent, indeterminate and sometimes turquoise like the Floridian waters of yacht-rock – a dream of affluence that is, in Oakland, just a dream. This is what has come to be known as cloud rap, and the biggest shock is reserved for the purist hip-hop fans who, in the last few years,  have lined up to decry the Bay Area indie rappers with charges of frivolity. Because in this ostensibly frothy and faddish strain of hip-hop there’s grain and guts, brains and a crumbling passion here, and a precocious devotion to tolerance and a poetic lyricism and the weary-muted flow of old-young souls, and matters of life and death. Most of all Main Attrakionz have soul, and it’s for this reason that those spearheading a new era in hip-hop – from Danny Brown to A$AP Rocky – have flocked to MondreM.A.N and Squadda B. “Get paid and survive,” is the Green Ova crew’s only maxim. MondreM.A.N. spoke with FACT about their plans for the future. 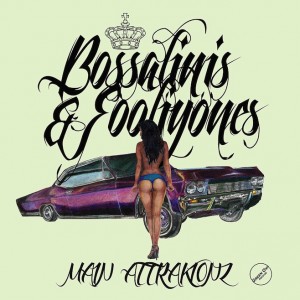 Last year you told Spin that Main Attrakionz are going to bring ‘substance’ back to hip-hop. Are there particular artists or specific strains of hip-hop you feel are working against substance in hip-hop?

“No, man, there’s no one I have any beef with. I’m just focussing on looking at the positives. But I will say that hip-hop is getting real digital. I’m more a fan of the old school: ’90s west coast, ’90s east coast, y’know – the era of the mob in hip-hop, like Master P’s No Limit mob or old school Cash Money. And I like the early 2000s stuff – the time of Wu and Ja Rule – when they had million dollars video budgets, and when [seminal network TV rap show] Rap City was at its peak. And when Luda[cris] came out with the video for ‘Throw Them Bones’! Shit! But it’s the new generation now, you know. Some are keeping hip-hop alive, some of them are watering it down – ‘comedy rap’, y’know, what the fuck? People singing other people’s songs and making them ‘funny’?

“But, y’know, in terms of for real hip-hop, like the storytellers in rap, the street – it ain’t never gonna gonna die while Main Attrakionz around. I’m still to make my Reasonable Doubt, or my It Was Written, y’know?”

How does a hip hop act make money in the era of free mixtapes? Main Attrakionz have been giving their music away for years.

“Yeah, to be honest we only started seeing some money recently. And it’s not even the type of money we can use. We started this when we were 12, me and Squadda B, and we thought we was gonna be Lil’ Romeos by the time we was 14, man. But this shit ain’t easy. It’s hard work. All the older guys in the Bay Area been tellin’ us we aren’t gonna see money from our music. Only from selling merchandise.”

Hip-hop’s always been a sturdy, physical thing, even in the case of the most laidback stuff. But Main Attrakionz’s sound goes against that entire tradition, in that there’s a real delicacy to it. What inspired you to make music like that?

“I suppose it’s about having an ear for a sound that make everything come out real easy. We ain’t jolly people, y’know. We don’t feel feel like dancing, we don’t go to parties, and we don’t make no party music. We not on the dance floor hittin’ no Chris Brown moves [laughs]. We too young for the clubs, man, so we out here on the streets. So we make music from that perspective. People are starving in the neighbourhood. People are dying every day. Its hard to be, y’know…I see people from school, y’know, only four years on, and you look into their eyes, man, and they gone.” 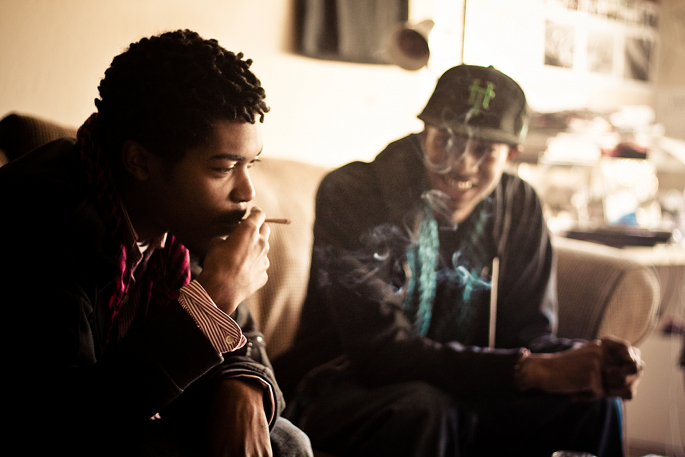 Have you been affected directly by Oakland’s crime-rate?

“Yeah man, we just took a loss, y’know. [One of the five-strong Green Ova crew] Shady Blaze just lost his little brother, Vincent Jones. But when you feel that rage, you know, to do something, you try to think about the sound, that cloud sound, and you reflect. It make my words come out.”

It’s a sad sound, in many ways.

“Love songs, I dunno [laughs]. I suppose you can call them love songs, y’know – the love for what you do, the love of life.”

“I suppose you can call them love songs, y’know – the love for what you do, the love of life.”

Has there been a new direction taken for Bossalinis & Fooliyones?

“In terms of the new album, we got some high quality beats and some new ‘name’ producers. We always gotta be upgrading, y’know. It’s also a more experimental album. Other than that, though, it’s basically a new sound.

“But things have changed since 808s & Dark Grapes II, in our own lives. I recorded 808s when I was 20. I’m 21 now. We’re getting older and you’re gonna hear more of that experience in our lyrics, and more stories. We’ve got some recognition in Oakland, now, and I got more privileges, you feel me? So more experiences.” 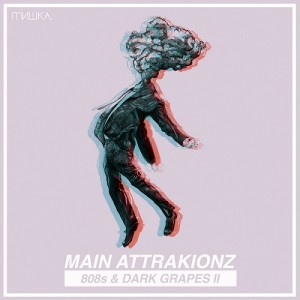 Any returning producers from 808s & Dark Grapes II? The use of Friendzone [the production team for ‘Perfect Skies and ‘Chuch’] was instrumental in cementing the ‘cloud’ sound.

“Nah. All new producers, man. No Friendzone or Clams Casino or nothing. We got people like [ethereal prog techno merchants] Grown Folk and [miasmic electronica makers] Supreme Cuts. Keyboard Kid is back though.

Between your collaboration with Warp Records’ Babe Rainbow, and ‘3000’, which uses the beat from the eponymous These New Puritans track, you seem to have an affinity with the UK scene.

“Yeah, you see the video for ‘3000’? We shot the video in LA and you know something, I actually heard that beat on a commercial for a video game! I was like shit, who are These New Puritans? Yeah, Squadda B was fucking with Babe. I’m feeling it. But, y’know, we wanna work with everyone, man.”

You mentioned in an interview last year that you were into rock music for a while when you were a kid. Is there any other music outside of hip-hop music that you listen to?

“Actually, I don’t listen to hip-hop music radio stations anymore. They play all the same music. I’m looking for something new, y’know. I listen to reggae/dancehall artists a lot these days. Like Sizzla.”

Do you listen to chillwave? You guys get compared to those artists a lot.

“Our hoodies got holes in ’em; our jeans, we stepping on our jeans. Dinner is a is bag of chips and a 50 cent can of soda.”

“I dunno, man. I never listened to that much indie music growing up, so when I’m hearing new artists on those indie stations now I dunno who they are. I know the songs, but I dunno the names of the songs. But when I do hear someone I like, y’know, I do my research and I make sure we talk.”

What position do you want to be in, 10 years from now? I’ve heard you guys talking about making a business out of Main Attrakionz.