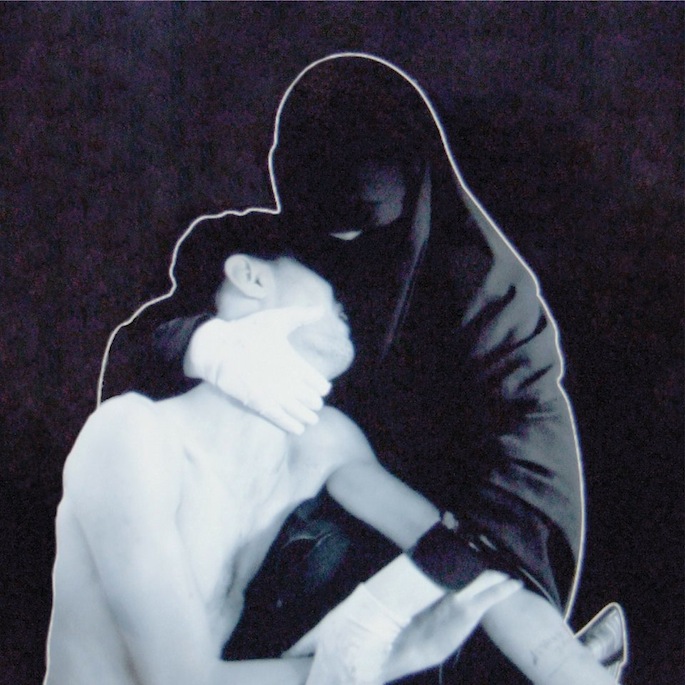 The Toronto duo return with (III).

Following self-titled efforts in both 2008 and 2010, Crystal Castles will release (III) on November 5. The album was produced entirely by the band’s Ethan Kath.

Vocalist Alice Glass has said that “there’s lots of themes [to the album] but feeling, like, oppressed… A lot of things not personally happening to us, since the past record, but people we know kind of profoundly influenced everything.”

That seemingly-vague description of (III) gives context the album’s artwork, a stark reworking of an award-winning photograph of Yemeni woman Fatima al-Qaws cradling her son, Zayed, who had been injured in an anti-government protest (via Pitchfork).

The album includes ‘Plague’, the band’s foray into danceable noise, and ‘Wrath of God’ (which is available to download below). A twinkling piano melody cuts through the airier moments of ‘Wrath of God’, finding hope amid one of the band’s signature claustrophobic compositions. ‘Plague’ recently received a possession-laced video.

In addition to the release of the album, the band will be touring the UK, North America, and Australia through the new year. Those dates are below.