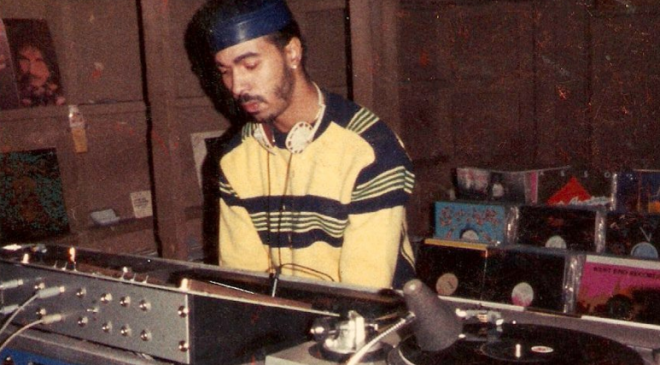 Discovering house and techno for the first time is like stumbling on some forgotten Amazonian plateau: a vast, chaotic ecosystem populated by a wealth of strange foliage and fantastical creatures, all spawned from the same primordial ooze three or so decades ago. But while it’s the living, breathing animals that first captivate you, before long you find yourself cutting into the loam to expose the fossils of eras past.

There’s just so much brilliance to discover, from germinal sounds in Chicago, Detroit and New York, through transatlantic ferment, to the globalised, web-connected scenes of the past decade. Perhaps more so than other kinds of dance music, house and techno are keenly aware of their history, and written into their DNA are practices that help foster a deeply held sense of continuity with the past: a reverence for roots and foundations, a healthy respect for form and ritual, and an understanding that innovation can be subtle rather than radical – indeed, that subtlety often yields greater rewards.

Written into the DNA of house and techno are practices that help foster a sense of continuity with the past.

Naturally, as you careen through the equatorial fronds for the first time, everything is new and surprising – whether it sprung from Chicago’s Music Box in the late 80s or was bounced and uploaded to Soundcloud last week. And as successive generations of listeners unearth the same delights, little eddies of rediscovery bring careworn gems back to the surface – meaning that, counterbalancing the hot new thing, there’s an ever-present appetite for the old. 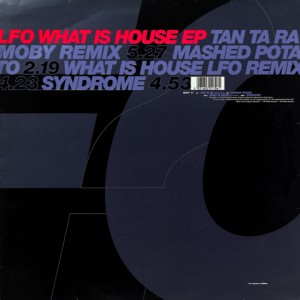 Recently, though, it feels like this habit of retrospection has gone into overdrive. House music, in particular, seems to ache for its past – although precisely which bit of it isn’t quite clear. Re-pressings of long-coveted twelves, extensive reissues of label and artist discographies, and selectors carving an identity out of the bricolage of lost classics ensure that youngsters are more clued-up than ever about every obscure corner of their lofty inheritance. The internet is central to this: the fact that a forgotten Roy Davis Jr. production is no longer consigned solely to dusty bargain bins in necrotic record stores – that it is, in fact, just one “related videos” click away – makes cultural archeology a more viable and accessible pastime than ever before.

The ways in which old records are revived and recontextualised can feasibly cause fresh sparks to fly, and an aesthetic focussed on the past isn’t necessarily moribund.

The effects of this shift on the creative output of the present are, frankly, mixed. Of course, the ways in which old records are revived and recontextualised can feasibly cause fresh sparks to fly, and an aesthetic focussed on the past isn’t necessarily moribund. And I’m aware that this is a very Simon Reynolds-esque  argument, and as a young fellow I ought to be defending the fruits of my generation – a good deal of which, it must be said, in house, techno and beyond, is more than worthy of attention and adoration. But it feels like the scales have tipped somewhat. And while I love early 90s New York house, jacking acid tracks, primitivist 808 workouts and the rest as much as the next dance music anorak, the proliferation of homages to, and watery imitations of, these styles made by young producers today is both fatiguing and depressing. 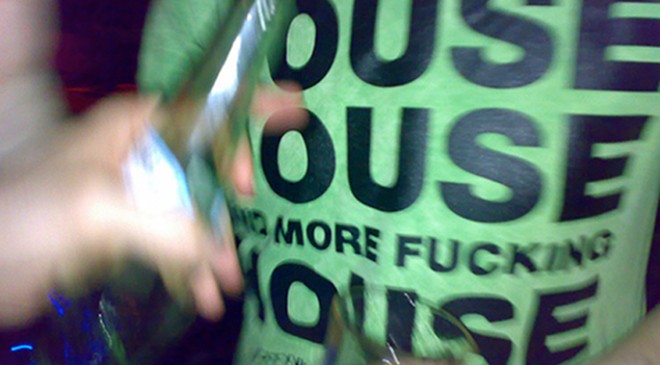 It’s almost as if, confronted with the genius of their forefathers at every turn, young artists are struggling to imagine novel forms for house music beyond the boundaries already drawn. Instead, intuiting the house music mantra that not every stylistic break needs to be a radical one, they settle for variations on a shrinking pool of themes, trying on past genre-configurations like so much costumery, reinforcing old, safe values rather than attempting to forge new ones.

As I say, this doesn’t apply to everybody, even if it seems to be the defining thrust of the scene at large. And perhaps it has ever been thus – maybe I, just like the inquisitive teenager discovering the erotic H-bomb that is Jamie Principle’s ‘Your Love’ for the first time, am simply turning up late to a decades-old party; perhaps it’s naive to assume this debate to be a unique product of our times. But my gut feeling is that that’s not the case. My gut feeling is that house music, in the broadest sense, could do with a sturdy voltage to the chest right now.

House music, in the broadest sense, could do with a sturdy voltage to the chest right now.

It’s a puzzling state of affairs when you consider the infinity of creative avenues still open to the young and feckless. The recent across-the-board resurgence of interest in house music has led to a steady trickle of outliers sinking their teeth into the form. More often than not the resultant auteurish creations have only a tangential relationship to the ritual of dancefloor communion – and sometimes their relationship to house music of any recognisable sort is oblique in the extreme. But it’s not unreasonable to venture that these Frankenstein’s monsters might harbour the seed of a more broadly radical take on the template. I don’t wish to declare any messiahs, but a couple of albums, recent and forthcoming, are among those that suggest to me just such a potential. 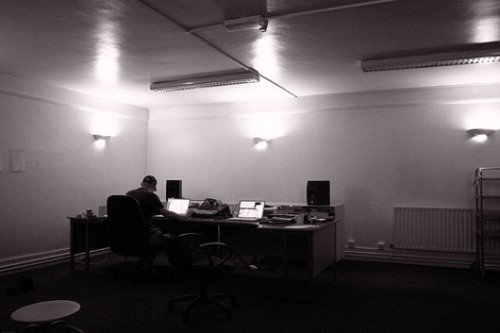 First up, Mark Fell – an unlikely saviour of house music, I’ll grant you that. His work since the late 90s, both solo and in partnership with fellow Sheffield resident Mat Steel as SND, leaps off from house and techno into some endless fractal regress of rhythmic flux, as if actualising the arcane strings of numbers that dictate nature’s most abstruse processes. The results are undeniably funky, in the most bizarre way, but also phobic of direct bodily gratification, seemingly hiding behind an unpretentious but clinical facade (an example: snd have apparently “made a definite decision never to nod our heads on stage in time to music”).

Mark Fell manages to suspend his beats in a kind of zen stasis, trading in weightless flow rather than lumpen disruption. 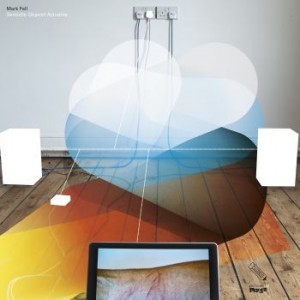 Fell’s recently inaugurated Sensate Focus series, however, sees him on more sensual form than ever, augmenting his sound palette with lush, rippling pads and flirting with more grounded rhythmic constructions. The string of singles – and, more intriguingly still, Sentielle Objectif Actualite, an LP of remixes of those singles released under Fell’s own name – read like house music refracted through the Fell lens. Perhaps most striking, from a dancefloor perspective, is their abandonment of straight four-four time signatures in favour of subtly elongated or contracted meters that slip fractionally beyond your grasp. Now, I’m aware that 4/4 is one of dance music’s sacred cows (“that way IDM lies”), but Fell, in his finest moments, manages to suspend his beats in a kind of zen stasis, trading in weightless flow rather than lumpen disruption, and sugaring the pill with a palette of sounds reminiscent of the most sun-kissed deep house. Given the capabilities of the modern laptop, what’s to stop DJs experimenting with these perplexing but seductive rhythms? 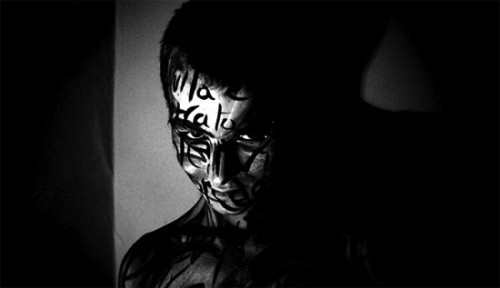 Sebastian Gainsborough, aka Vessel, is your more typical iconoclast: a young producer with fistfuls of talent and a healthily tangential relationship to the dance music world. In reality, his reference points stretch far beyond house and techno, taking in a strong dose of dub’s pungent atmospherics, the shoestring experimentalism of the Radiophonic Workshop and more across a tempo-spanning discography. But it’s the cracked, smudged takes on house music on his brilliant debut LP, Order Of Noise – ‘Images Of Bodies’, ‘Lache’, ‘Aries’ – that interest us here. This facet of Gainsborough’s sound ushers him under a broad stylistic umbrella alongside fellow members of his Young Echo crew, the output of Will Bankhead’s Trilogy Tapes label, Workshop affiliates like Kassem Mosse and Mix Mup, Andy Stott and his Modern Love cohorts, and others.

On Vessel’s ‘Lache’, house-wise melodic patterns, split by distortion like dry lips in the heat, take on a new, barren intensity. 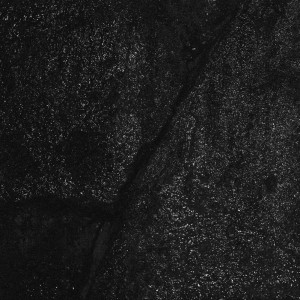 The innovation is a timbral one: using the language of lo-fi to express the dynamics of dance music, resulting in productions that sound rough, degraded, neglected, often otherworldly – not as a shorthand for retro, a modish imitation of the technological limitations of a bygone era, but rather as a way of unsettling the familiar. The idiosyncrasies of their tools – in Vessel’s case, a mismatched jumble of hardware and software – often lead these producers down wholly unexpected paths; as with ‘Lache’, whose house-wise melodic patterns, split by distortion like dry lips in the heat, take on a new, barren intensity. Just as Mark Fell’s experiments might confound the dancing feet, the results may not always be easily digestible – or applicable at all to a broader dance culture. But then, as with most things, you never know until you try.