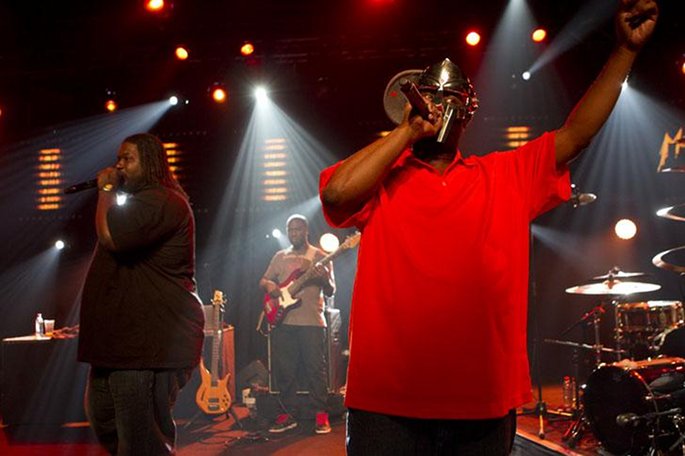 Houston pianist Robert Glasper has long had a profound connection with hip-hop.

The Robert Glasper Experiment’s banner show at the London Roundhouse on September 23 featured a host of special guests, ranging from the soulful (Bilal, Jose James) to the unlikely (Fall Out Boy’s Patrick Stump). Guest of honour was screwy MC DOOM, who, following a previous collaboration at last year’s Montreaux Jazz Festival, rattled through a pair of classic Madvillainy tracks with the band. Recordings of both tracks are available to stream, courtesy of Potholes In My Blog.

Gully cut ‘Figaro’ sounds markedly funkier in a live setting, the menace of the original toned down into something lean and lithe. ‘Rhinstone Cowboy’, meanwhile, gets a full, lush overhaul. The recording also contains hints that the pair might be collaborating in a more official manner. Speaking between tracks, DOOM says something is “coming soon – all I’m a say is, coming soon”, to to which another voice (Glasper, we think) replies “that’s a little tidbit for y’all – DOOM and Glasper”, followed by plenty of pantomime shushing.

Black Radio is out now.